The island of Jeju, off the southern coast of the Korean peninsula, is teeming with natural and cultural treasures for visitors to explore. Don’t underestimate the modest size of ‘South Korea’s Hawaii’, which still manages to contain 3 UNESCO heritage sites and a range of natural highlights to enjoy from surf beaches to evergreen forests. The locals pride themselves on their unique cultural heritage and the natural beauty of the island, and their wish to preserve it is evident, with the population owning nearly half of all Korea’s electric cars! While a popular place for domestic travel it is still blissfully low on the radar for foreign visitors, giving you the chance to explore somewhere that feels like it’s yet to be truly discovered. If you’re curious to delve a little deeper, below are our top 6 highlights of Jeju Island, Korea. 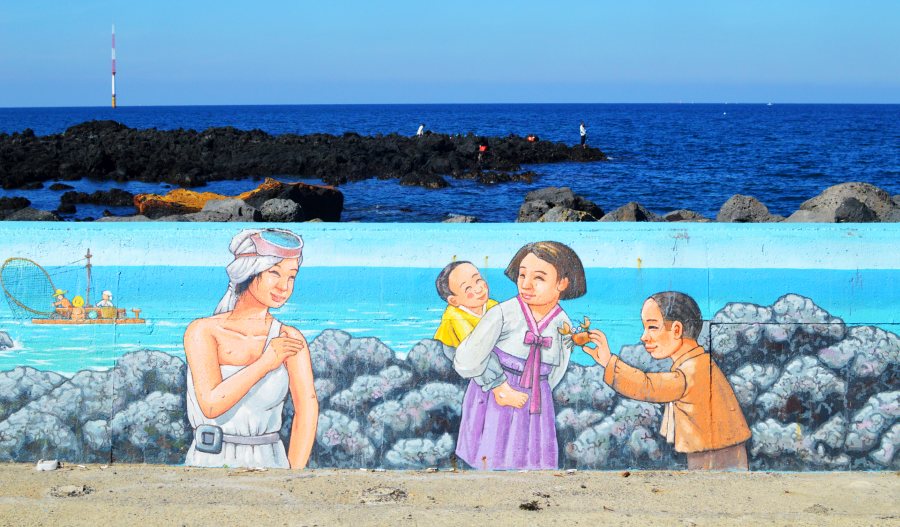 The Haenyo, literally translated as ‘Sea Women’ of Jeju are a unique group of female freedivers who fish the island’s ocean waters without the use of modern equipment. The women formed the backbone of what became a semi-matriarchal society on the island, and are hailed as one of Jeju’s most valued treasures, UNESCO has also recognized them on the Intangible Cultural Heritage List. But in modern times their numbers are dwindling as young women pursue alternate careers. Now at least 98% are over the age of 50, leading some to dub them the Haenyo Grandmothers. Despite their age, those remaining can still be spotted diligently fishing along the coastline and selling their catch. If you love seafood, this is as fresh as it gets, and you are sampling a unique and important part of Jeju’s cultural heritage. 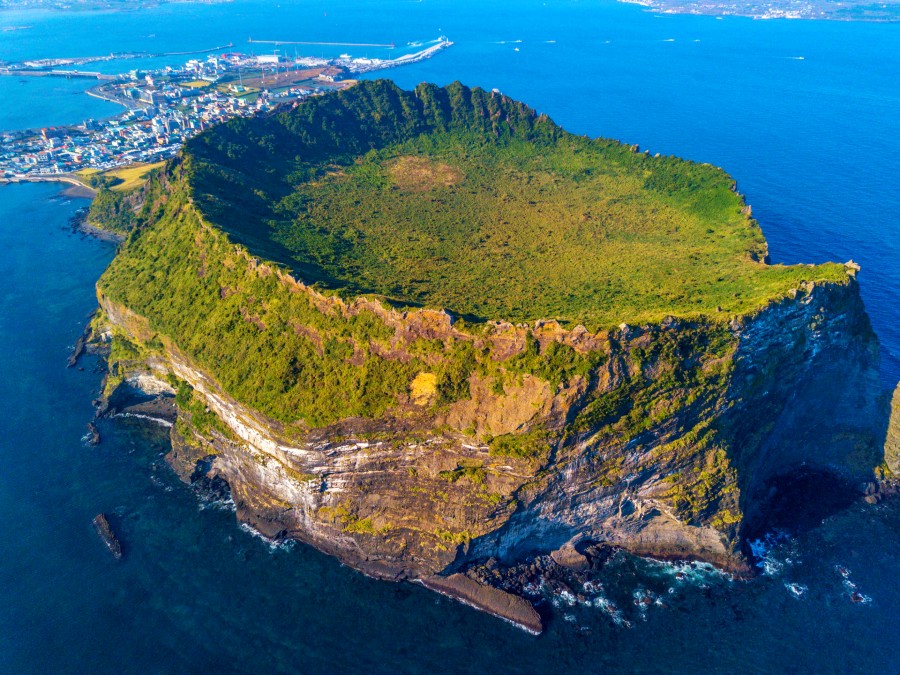 Quite possibly one of the most scenic locations in Korea, Seongsan Ilchulbong also called ‘Sunrise Peak’ is a UNESCO-listed site on the western tip of Jeju Island. The striking geological feature was caused by an undersea eruption that left a 180-meter high volcanic crater, known as a Tuff Cone, on the ocean’s edge. It’s possible to hike to the top, an accessible 45-minute walk, to enjoy spectacular 360-degree views over the island and ocean. As the name suggests, starting early to catch the sunrise from the peak is a truly magical and unique experience. 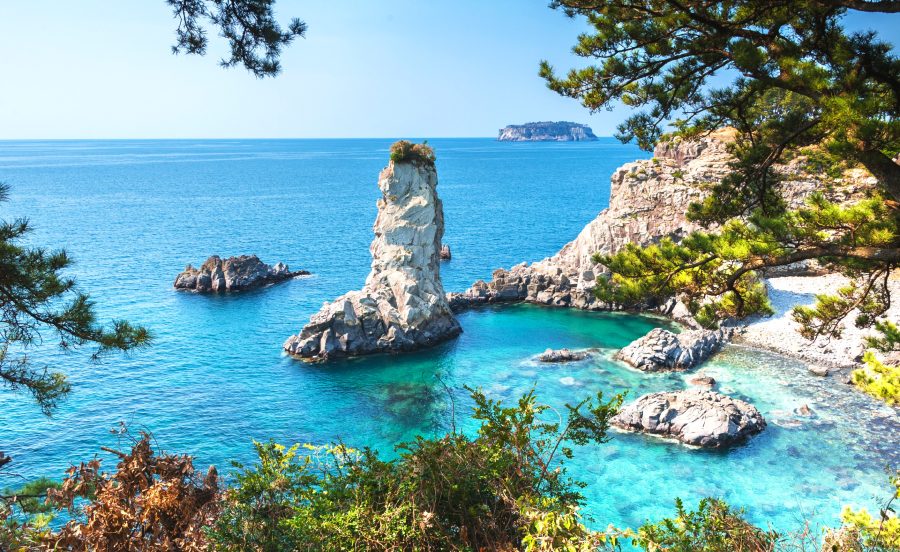 Oedolgae or “Independence” rock is a freestanding rock formation just off the coast of Jeju. Known as a Sea Stack, this impressive testament to nature towers 20 meters out of the sea, separated from the surrounding coastal cliffs, which offer an ideal viewing platform. Located in the islands south it is free to visit, easily accessed via a short walking track, and photogenic day-round, but we would recommend early morning or late afternoon to avoid crowds and catch the best light.

If the weather is nice and sea is calm then the nearby Hwanguji Natural Pools offer an additional opportunity for a scenic swim. 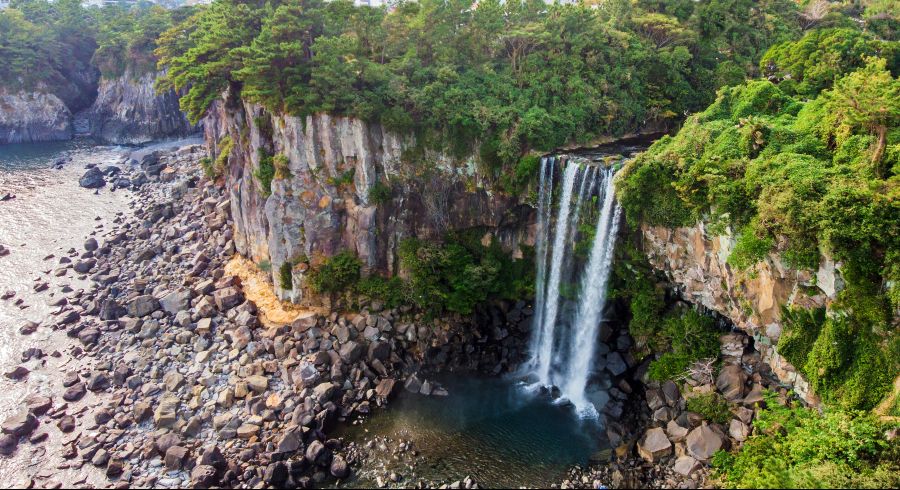 While Jeju boasts many waterfalls, if you choose to visit just one, this should be it. Located in the south, not far from Oedolgae Rock, you’ll find Jeongbang Waterfall. What makes this spectacular 23-meter high falls extra special, is that it cascades from an oceanside cliff-top into a rocky sea cove below. A set of steps make it possible to descend into the cove for a front-row view of this natural marvel, and the chance to grab some holiday snaps. The most spectacular viewing is when the water volume is flowing strongest, but you’ll find it a photogenic stop year-round. 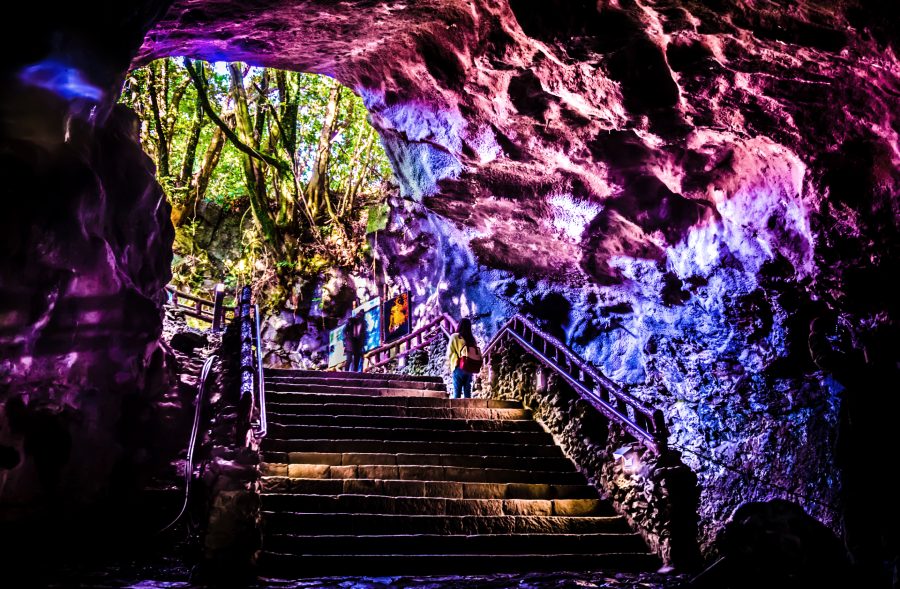 Yet another UNESCO site! These fascinating geologic phenomena are formed by flowing lava leaving behind cave-like tunnels, and at Manjanggul you’ll find some of the largest in the world, at up to 20 meters wide and 30 meters high! The well-lit tubes can be easily explored on foot without the need for special equipment, and while exploring the tunnels you can learn first-hand about the volcanic history of the island. With all the interesting outdoor activities Jeju offers, this is an interesting option to change things up and try a bit of underground activity instead. 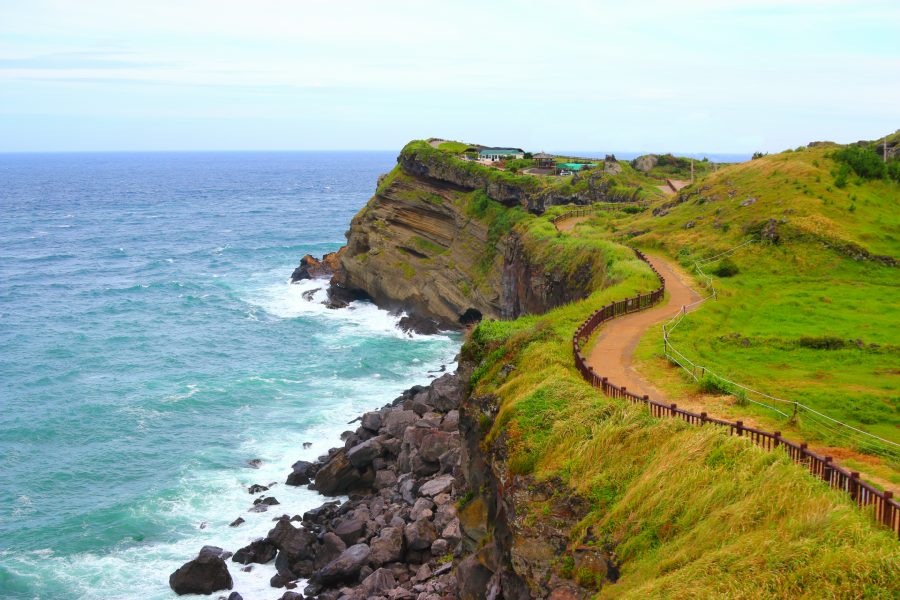 Last but certainly not least, for those who want to get beyond the main sites and really explore the full beauty and diversity of this island there is Jeju’s bike and hike circuits. Both routes circumnavigate the island traveling through forests, farmland, villages, and of course by Jeju’s many beaches.

The Olle Trail is Jeju’s popular hiking route, its own Camino of sorts, covering 425km of connected trail around the island, split into 21 main routes and 5 sub-routes. It’s a well-organized trail with its own official website, and walkers can purchase a special ‘passport’ to collect stamps at stations along the journey. The Olle Trail was named one of the 10 Best Coastal Walks in the World by Active Traveller, the only country from Asia to make the cut.

The bike circuit is a more recent addition and is sometimes unofficially referred to as the ‘Bike Olle’. Completed in 2015 it covers 234km, over 10 connected stages which range in length. It mostly follows bike lanes along the coast, and like the hiking trail, there are also stamps to collect at stations along the journey as a souvenir from your ride. 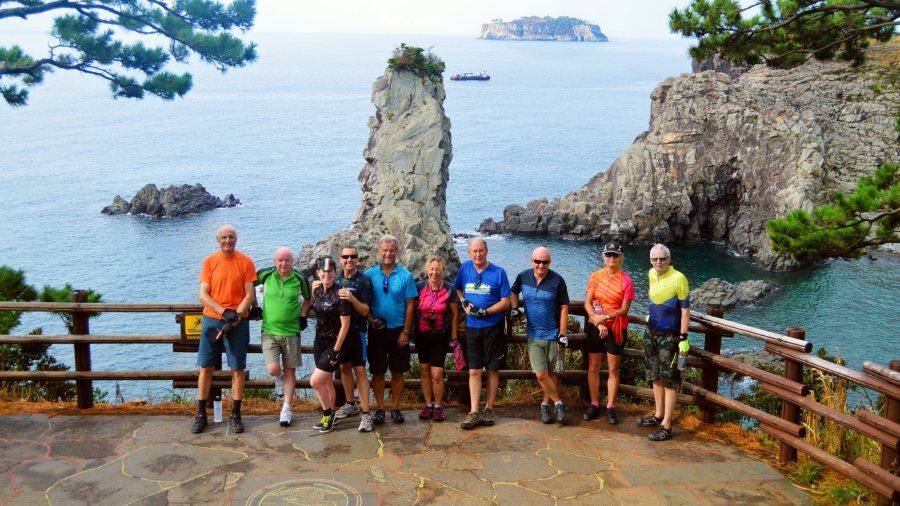 If you are interested in exploring these highlights of Jeju and more, by bike and foot, but would like the local insight of an expert guide and the convenience of a fully supported tour, take a look at the Korea & Jeju Island Adventure, an 8-day exploration of the island and southern mainland peninsula.