REGISTER
Tips for Travelers in Thailand: customs and traditions in the land of smiles
Home / Blog ArchivesHere

Tips for Travelers in Thailand: customs and traditions in the land of smiles

Headed to Thailand for the first time? Then you should probably read up on customs in Thailand as well as Thai traditions and holidays. Follow these dos and don’ts of Thai culture to be a respectful tourist in the Kingdom of Smiles. Customs in Thailand are important so please take note! 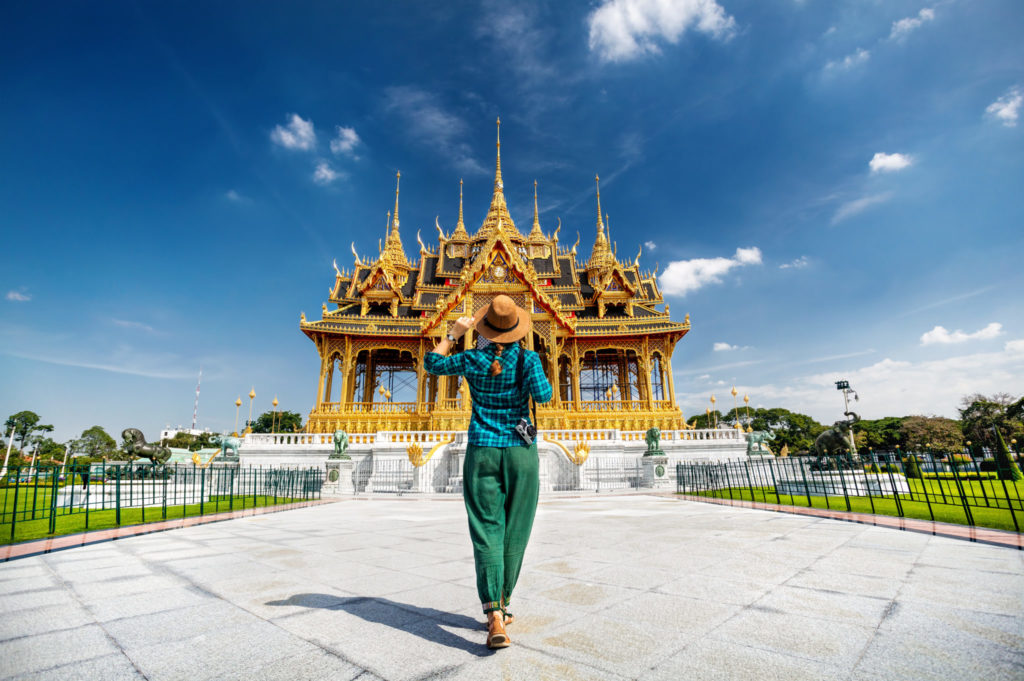 Customs in Thailand: a Culture of Respect

In Thailand, respect is important. This means respect for elders, respect for others, and respect for religious icons. In fact, while driving into Bangkok you will see many billboards stating the importance of respecting Buddha and not using his image! As a tourist, if you follow these guidelines you will not only honor this culture but also receive respect from locals in return.

Historians believe that the tradition of Thai monarchy dates back to the early 13th century, although the current dynasty began in 1782. The king of Thailand is the head of state. He is also the head of the Royal Armed Forces, and Upholder of Religions. The current king is Maha Vajiralongkorn (Rama X). He has been in power since 2016 when his father, King Bhumibol Adulyadej passed away. Thai people love the king and have the utmost respect for the monarchy. Thai kings also have a large influence on the country’s politics, making the monarchy an integral part of society. King Rama IX, for example, played an integral role in transitioning the country into a democratic system in 1992. 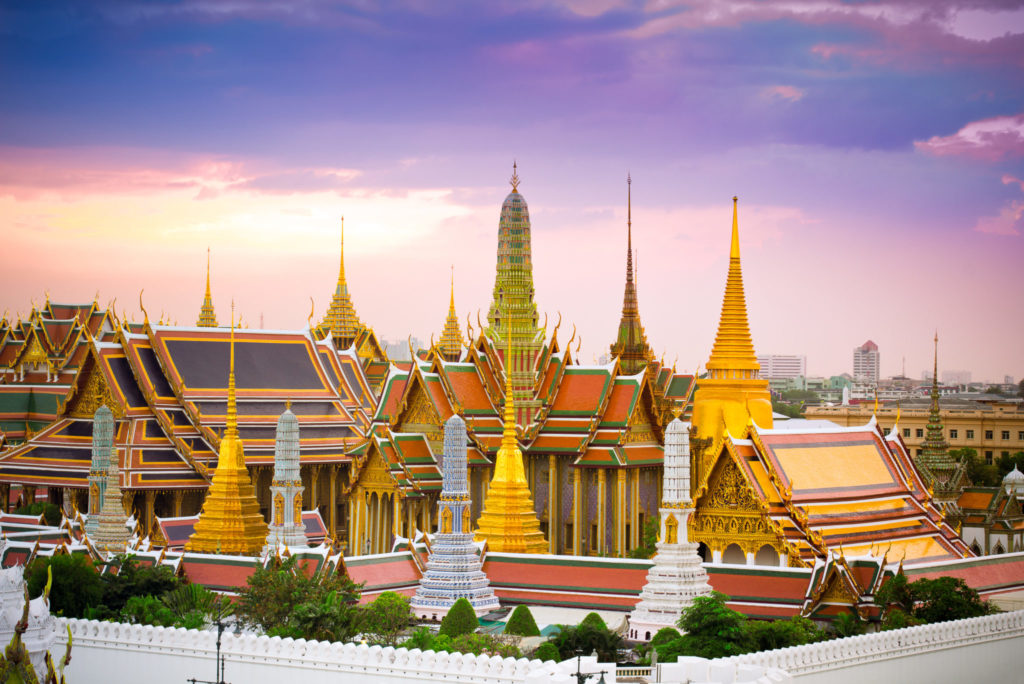 The official religion of Thailand is Theravada Buddhism, making up nearly 95% of the population. Therefore, Buddhism is largely woven into the identity of the Thai people and influences their daily life. Almost everywhere in Thailand, you will see spirit houses outside of homes and businesses. These represent the Thai traditional beliefs formed through centuries into a blend of Animism, Hinduism and Buddhism. People place daily offerings on these small houses in order to appease the spirits who guard their house or business against evil. When traveling in Thailand, you’ll see many pagodas and monasteries — and plenty of monks! In Thailand, it’s a tradition that young men become novice monks for at least a year or two. Most Thai visit the pagodas regularly to make offerings, receive blessings, and celebrate religious holidays. 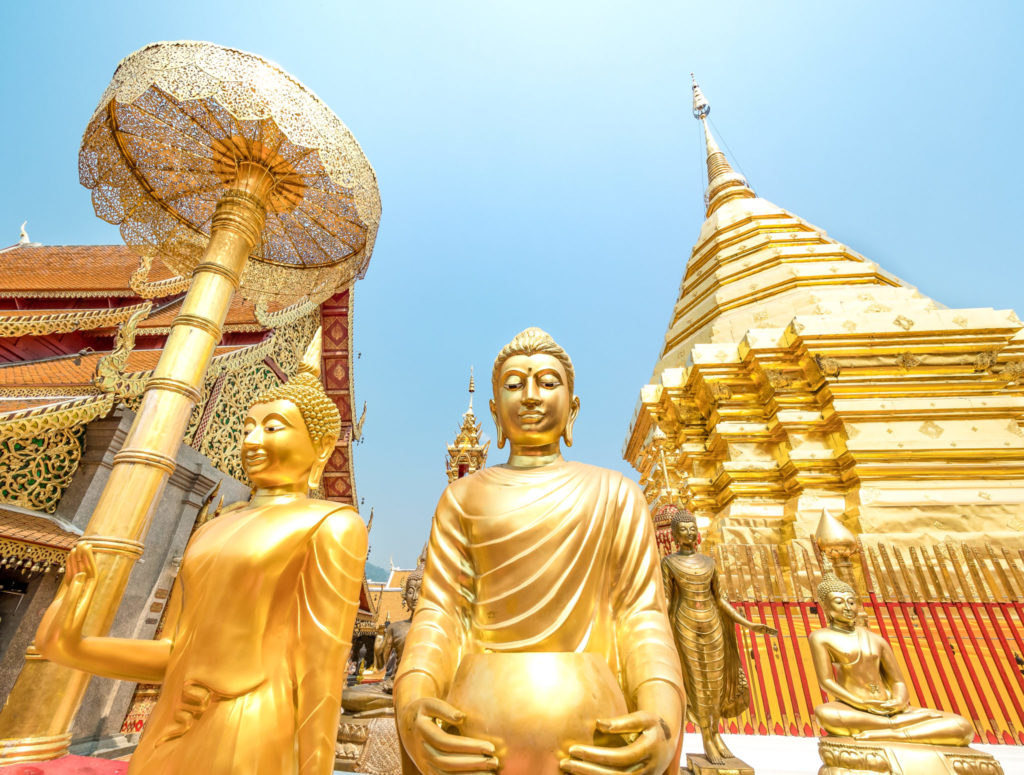 Thailand celebrates many national and Buddhist holidays, as well as local festivals. You can experience these particular holidays at different times of the year. For a full list of public holidays in Thailand, follow this link.

(Celebrated in February or March) This holiday marks the occasion of when 1,250 of Buddha’s disciples gathered to hear him speak. To honor this day, Buddhists visit temples from early morning until evening for a candlelight ceremony.

(Celebrated April 13th-15th) This Thai New Year festival is also known as the water festival in the summer season. Celebrations of this day vary from region to region. Traditionally, family members come together for this occasion to receive blessings from respected senior members in the communities and family elders. Songkran is also celebrated with playful water fights, which can be good wet fun for visitors! (Celebrated in May) Visakha Bucha Day commemorates the birth and enlightenment and passing of Gautama Buddha. This is typically celebrated with rituals at local temples for merit all day, from early morning until evening for a candlelight ceremony.

Asanha Bucha and start of the Buddhist Lent

(Celebrated in July) Asanha Bucha is a national holiday which commemorates the Buddha’s first public sermon. This takes place during the eighth month of the lunar calendar, usually July. Following the first sermon of Buddhism, and during his lifetime, at the start of the rainy season, monks wandered around, thus disturbing the plants of the farmers. Buddha asked his followers to stop their physical religious journeys and instead focus on their inner religious journeys. During this period, the tradition of Khao Phansa, or Buddhist Lent, began to bring candles to offer monks staying at the temples and monasteries during the 3-month wet season. From this, the well-known candle festival of northeast Thailand was started. This developed into the decoration of these candles in elaborate traditional Thai patterns. The candle decorating has become a big competition among local artists, one that is famous both nationally and internationally. (November 22nd) Although the history of this festival remains unclear, it can be traced back to at least 700 years. Thai people hold Loy Krathong in order to honor the water goddess with gratitude and ask forgiveness for maltreatment of the waterways. Locals believe that worshipping the footprint of Buddha on the beach of the Nammatha River in India can wash away your previous sins and misfortunes. This is also known as the Festival of Lights, which owes its name to the tradition of floating candles and incense on banana leaves down the rivers. For more information about Loy Krathong Festival and the best places to experience it, check out this blog post. When in Thailand, DO…

- Take your shoes off when entering a home or temple or where there is a sign asking to take the shoes off - Bow when greeting someone with your hands in a prayer pose with your thumbs at your nose - Dress conservatively when entering any religious place, and somewhat conservatively when in public - Show respect to locals, elders and monks - Use your right hand when passing something to someone — especially food — as the left hand is considered dirty - Stop respectfully when you hear the national anthem played twice a day. When in Thailand, DON'T…

- Point with your feet at anything or anyone, especially any statue or painting of the Buddha, as this is considered rude - Touch someone on the head, as it is considered sacred - Point. Instead, gesture with your entire hand so as not to seem rude - Express any disrespect towards the king - you can get in big trouble! - Yell or lose your composure, as this is considered extremely rude - Women should avoid touching or sitting next to monks