November’s full moon ushers in the ‘festival of lights’ common to many Southeast Asia cultures. The festival, whose origins are lost in the mists of time, pays homage to the water spirits in various forms. In the Hindu tradition, the object of veneration is the Goddess Ganga after whom the Ganges River takes its name. 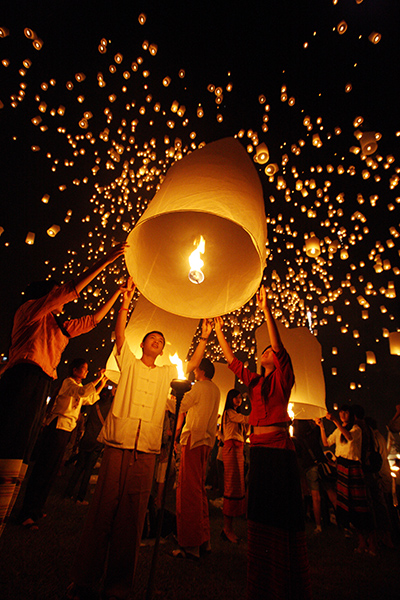 In Thailand, Loy Krathong is a Buddhist merit-making festival, where negative karma is released and good karma in invited to come into one’s life.  Before the water lanterns are cast adrift or the sky lantern released, participants take a few moments of mindful reflection and prayer to invite a new beginning.

The water lantern is a miniature boat often made from banana stems and leaves with offerings of burning incense, flowers and a lit candle. Some people may also make offerings of small coins and locks of their hair. The lanterns are released on ponds, streams, and rivers throughout the kingdom.

The iconic sky lanterns are actually a relative newcomer to Chiang Mai’s Yee Peng festival, having likely been introduced in the 1980s from the festival of lights, the  Tazaungdine Festival, in Burma's neighboring Shan State. Sky Lanterns are paper hot air balloons with a wireframe that holds the shape and a fuel source consisting of wax or paraffin attached at the bottom. When the burning wick has filled the balloon with hot air it is more buoyant than the cool surrounding air and drifts off into the night sky with thousands of other illuminated lanterns.

Whether on the water on in the sky, Loy Kratong is an enchanting and visually spectacular festival of warmth and friendship under the cool night sky of November’s full moon. 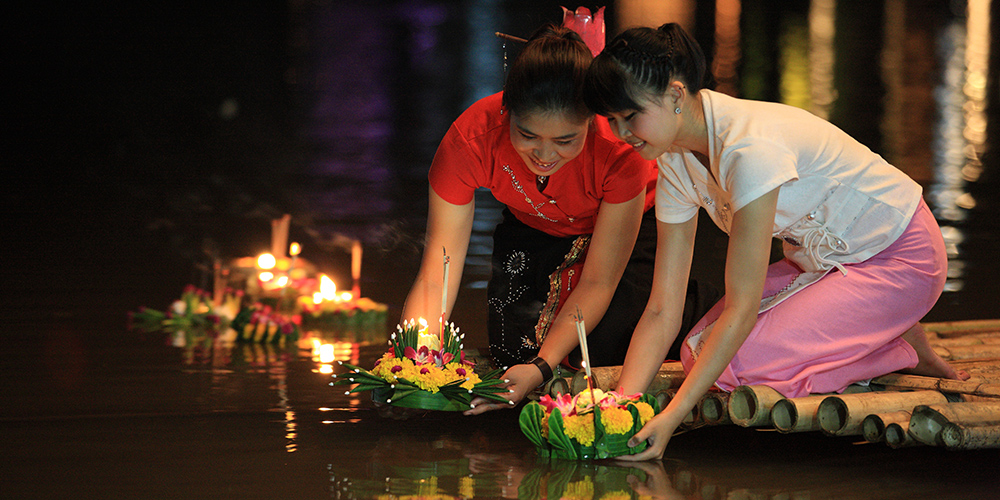 In Chiang Mai, you can see both of the water lanterns and the sky lanterns in the area around the Narawat Bridge. The Three Kings plaza is the location of the opening ceremony and is festooned with hanging lanterns as well. Another place to experience the water and sky lanterns is the plaza in front of Tha Phae Gate to the old city.

Sukothai - the home of Loy Kratong 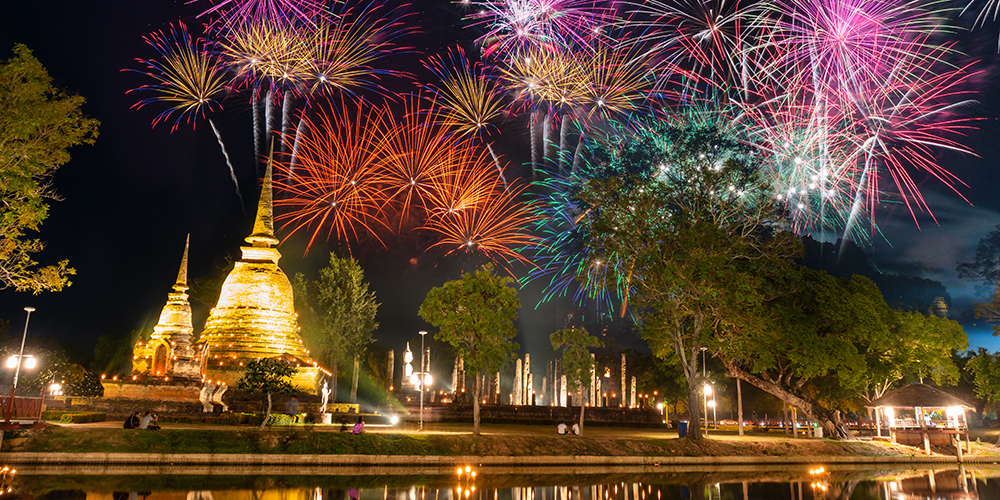 The ancient capital of Sukhothai is thought to be the first place that Loy Kratong was celebrated. The highlights of the Loy Krathong celebration here include displays of lighted candles a nightly fireworks show, folk dancing performances and spectacular light & sound presentations in front of Wat Mahathat at Sukhothai Historical Park. The ponds and canals in the park will be filled with crowds of families, friends, and lovers all floating their water lanterns and soaking in the festival atmosphere. 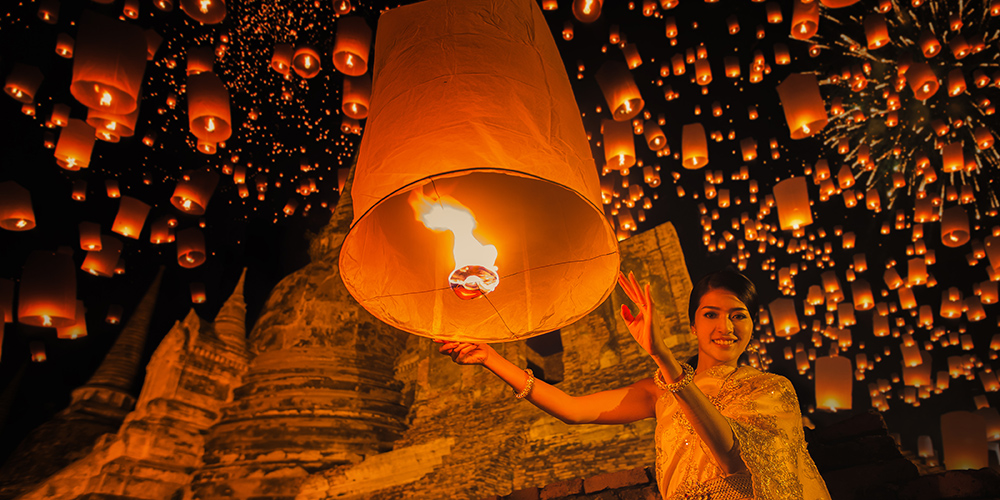 In this former capital of Siam, the major Loy Kratong event takes place at the King Naresuan the Great memorial monument in Ayutthaya Historical Park. Perch yourself on the river banks and canals surrounding this island city and watch as thousands of people release their water lanterns for good luck. 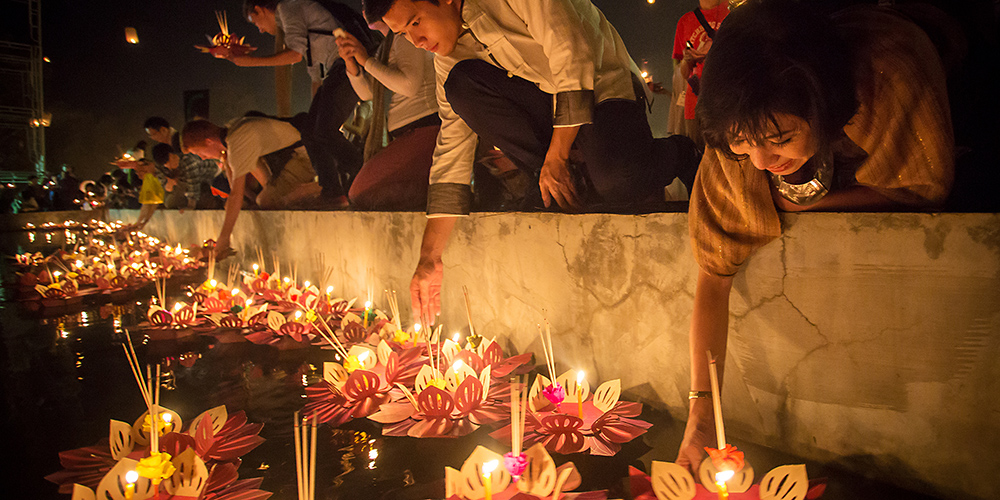 The citizens of Bangkok will have big and small events scattered through the city. The Chao Phraya River and the city’s many canals with be illuminated with the floating water lanterns. A good place to view the river and the city’s skyline under the light of the full moon is the Asiatic Market or Lhong 1919, an old steamship depot.

Join Grasshopper Adventures for your own Loy Kratong experience on our Cycle Bangkok to Chiang Mai Special tour, which features a special Loy Kratong departure each November.