East Taiwan is fast becoming a famous route for cyclists, offering scenic coastal riding and winding valleys, with numerous highlights to experience along the journey. Our Taiwan leadership, Tot and Simon, share one such highlight. A firm favorite of the family's is the island gem of Sanxiantai, or Taiwan's "Magic Island” as they call it.

Just a short ride from our house in Chenggong on Taiwan’s wild East Coast lies Sanxiantai or Three Immortals Platform. Sanxiantai is a volcanic islet only a few hundred meters offshore. It's connected to the mainland by a footbridge, yet still manages to feel a world away. The islet is actually a former crater and gets the name Three Immortals Platform from its topography which (vaguely) resembles three hunched figures (3 of the 8 Taoist immortals). From afar, the islet entices you to brave the often windswept eight arched bridge. There a raised pathway guides you on a gentle circuit around the island. 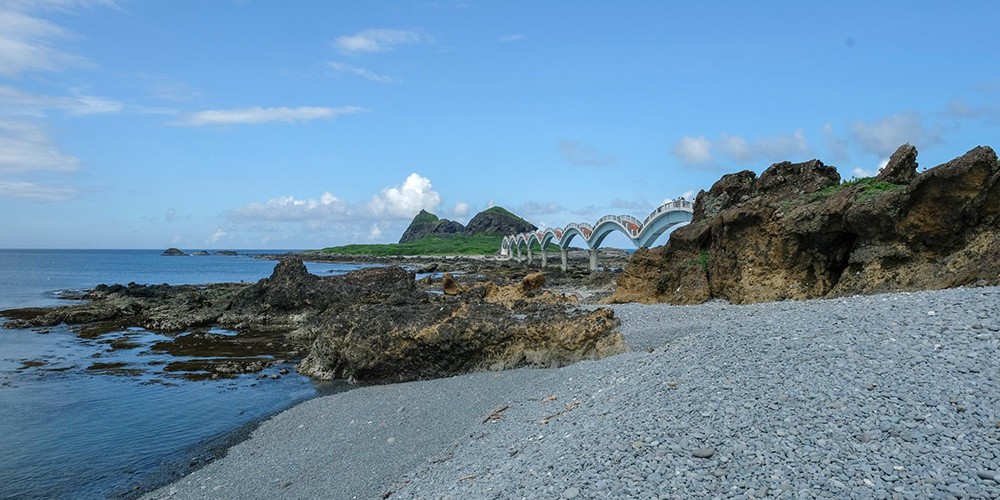 When we first moved to the East Coast, our kids were just 2 and 4. They needed some encouragement to make the 90-minute cycling circuit around the island, and so the legend of the Fairies of Magic Island was born! The tiny white butterflies which flutter into view amidst the pandanus were the fairies. The island was, therefore, of course, deemed to be magic. They found bizarre volcanic landforms that sometimes resemble giant petrified waves and huge orange pandanus fruit. These only added to the otherworldliness of this unique islet. 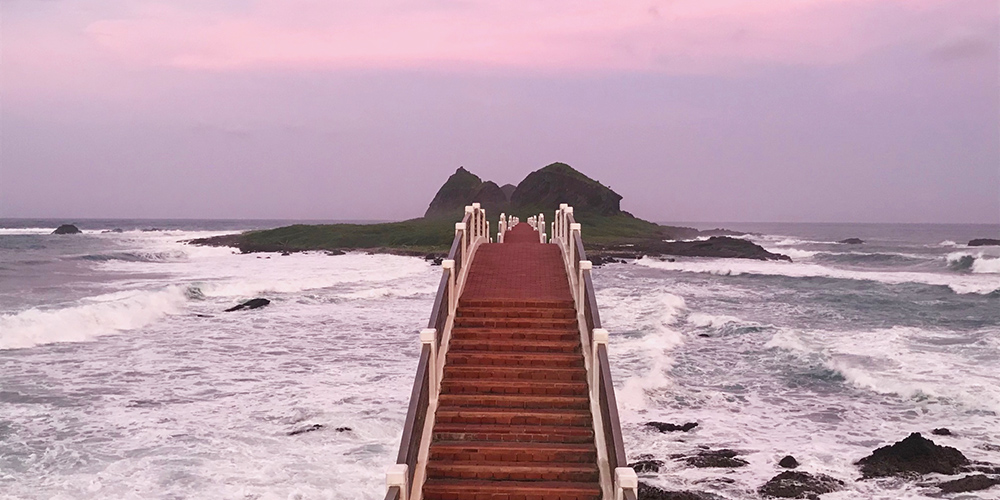 The views along the coast of the mainland are spellbinding in almost any weather. For those with a head for heights, it’s worth heading all the way to the island’s tip. There sits a tiny lighthouse built on a volcanic rock stack during the Japanese occupation. It offers unparalleled vistas from every side. After a ride and hike, there’s nothing better than ice cream. Sanxiantai has a special spot with delicious mango ice cream. You can also find a host of locally made tropical fruit ice pops, with flavors ranging from custard apple to roselle. 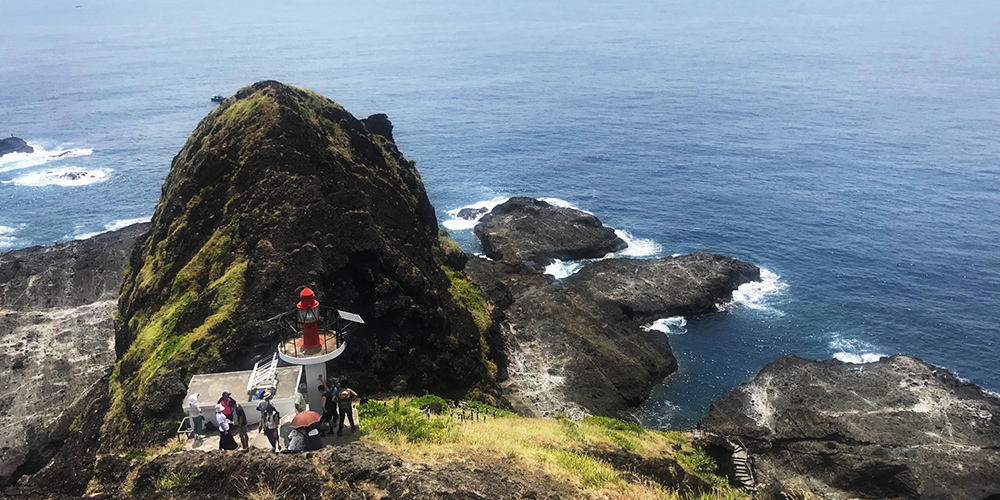 There’s more to Sanxiantai than just riding and hiking. In summer, you can kayak around the island and snorkel when conditions are right. During the annual Taitung Balloon Festival, hot air balloons are a beautiful sight, soaring from the beach at sunrise. 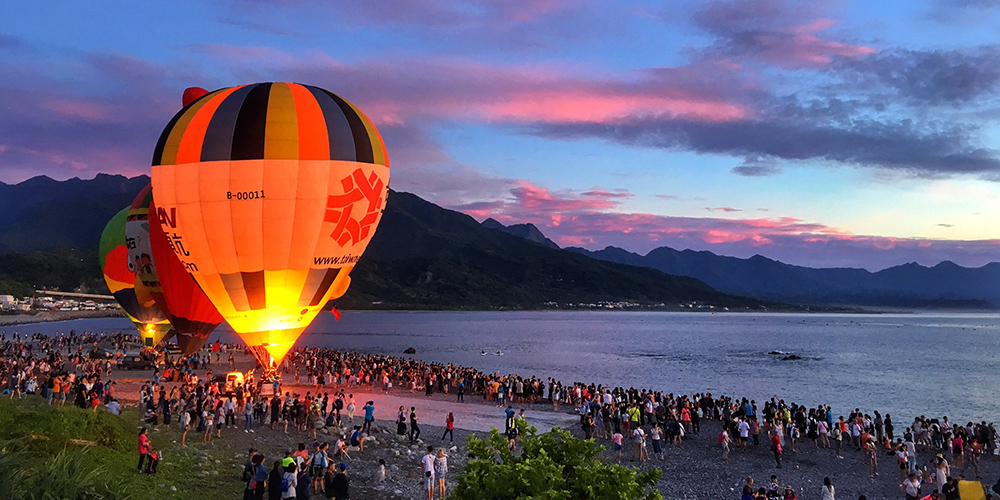 Our family still heads to this island regularly. This is all the easier thanks to the designated bike path which weaves through the coastal coconut groves. Four years later, while the girls now realize that the fairies are actually butterflies, none of the magic has escaped our rides to Sanxiantai. Check out the Three Immortals Platform as a featured stop on our newly re-designed Eastern Escape route. This is a 7-day loop that takes riders all the way from the world’s deepest gorge at Taroko along beautiful Pacific Highway 11 before crossing the Coastal Mountains and returning to Hualien through the lush East Rift Valley.

Tot & Simon lived and worked as tour leaders and guidebook authors in a host of different countries. In 2003 Simon and Tot first experienced Taiwan, quickly falling in love with the incredible little island. Keen to share their findings Simon and Tot established the Grasshopper Adventures Taiwan office in 2007. They currently live with their two young kids, old Labrador, tearaway puppy, and two Russian hamsters near the East Coast fishing harbor of Chenggong.