When visiting Cambodia, it is useful to know a few words in the native language, Khmer. The pronunciation of Phnom Penh or Siem Reap can be quite tricky at first but you will learn! Not only will you be able to communicate more effectively with locals, but your efforts will also show respect to the friendly locals who are so very hospitable.  Although Khmer has its own characters and written language, you will often see words, place names, or phrases written phonetically in English.

And don't forget to scroll all the way down and watch the video from our team so you can actually hear these words!

How to Pronounce Phnom Penh 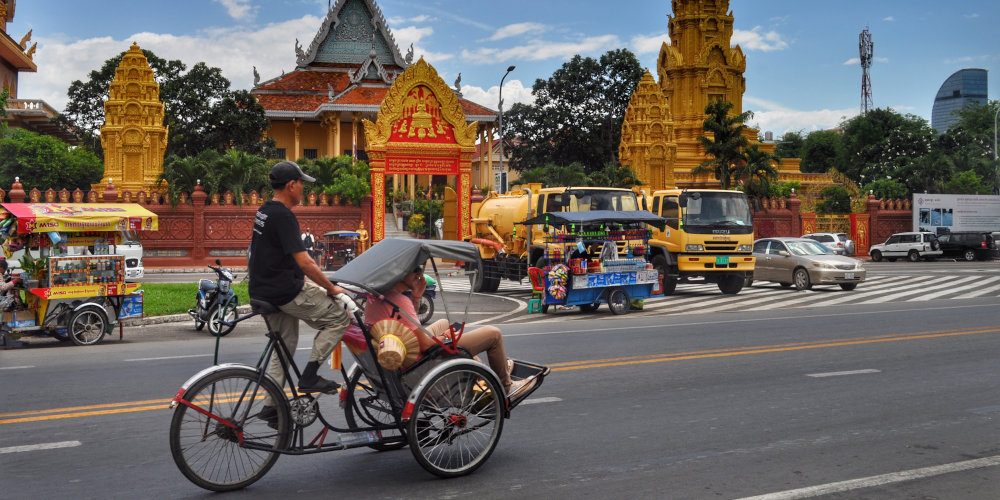 A few words will go a long way

Phnom Penh is the capital of Cambodia, and also the country’s largest city. It is likely on your travels that you will pass through this hub in the south, and therefore important that you pronounce it correctly when making your way there. Phnom Penh is pronounced pa-NOM pen. In Khmer, the ‘h’ after a P is not pronounced the way it is in English, it softens the ‘P’ as it does to the ‘n’ at the end of “Penh”. Any time you see the word “Phnom,” it means mountain or hill.

How to Pronounce Siem Reap 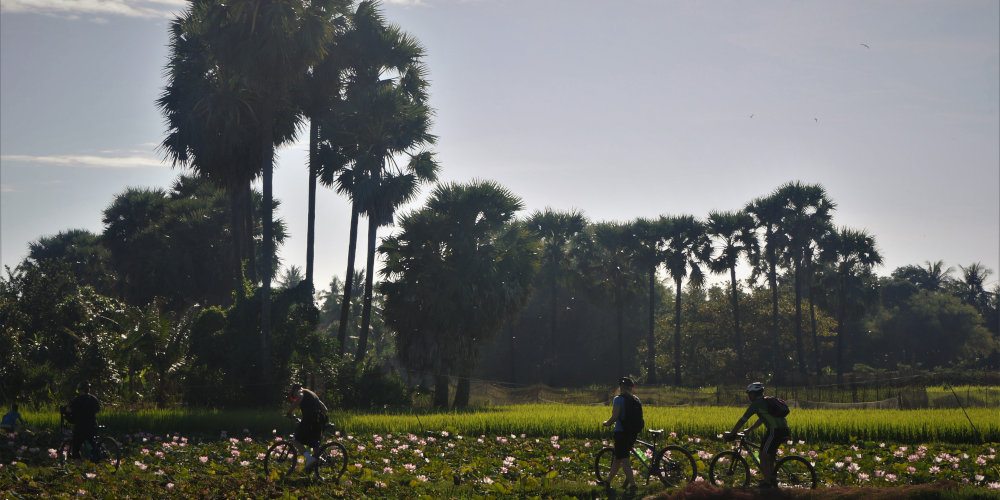 Go further into your journey thanks to a few words

Siem Reap is Cambodia’s third-largest city and the home of the temples of Angkor Wat. This city lies in the northwest of the country and is a major tourist destination. Therefore, when visiting Cambodia it is important to know how to say Siem Reap. Pronounce Siem Reap SI-em rEEP. Siem refers to Siam, symbolizing the ancient battles between the Thai and Khmer empires.

How to Pronounce Angkor

In Khmer, “Angkor” means city, and “Wat” temple. This is fitting because Angkor was the capital of the ancient Khmer empire, beginning in the 9th century and for 6 centuries to come. The ruins of the great city of Angkor are found scattered around the north of Cambodia. Angkor Wat itself is the main temple in the city complex, originally created for Hindu worship in the 12th century. When visiting Cambodia, you cannot miss the temples in Angkor Archeological Park, as they are a world wonder and a sight to behold! In order to communicate with locals during your visit, it will help to know how to pronounce Angkor Wat: AHNG-kor WOT.

As a visitor in a foreign country, it is respectful to learn and use a few keywords in the native language. Cambodians will greatly appreciate your effort to speak a few words of Khmer. A simple ‘thank you’ in Khmer will surely elicit the huge, genuine smile Cambodians are known for and allow for more in-depth interactions with locals.

For weekly videos with new Khmer phrases, check out Speak Like Khmer School and practice for your visit to Cambodia!