While Myanmar is certainly not well-known for its nightlife or parties, there is always a fun local festival or celebration going on somewhere as you explore the country. Burmese people need very little excuse for a big celebration: a child’s first birthday, the novitiation of monks, the bounty of mango season, the first rain of the monsoon season, and housewarming are all cause for a party-  not to mention all of the religious holidays!

Whenever you join us on a cycling tour, it is very likely that we’ll run into some unforeseen Burmese festival. With so many reasons to celebrate, we are sure to come across some party even the locals don’t know about.

Even though Burmese don’t like to be out in the heat, most Burmese festivals are held during the day. The majority of celebrations take place between 10 in the morning and 6 at night, with very few held in the evening hours. While some festivals are just small and celebrated at unspecific times, others are a big deal and are highly anticipated throughout the whole country. Some examples of this are the famous ‘novitiation ceremony’, ‘Nat spirit festivals’, or ‘Phaung Daw Oo festival’ with boat races. 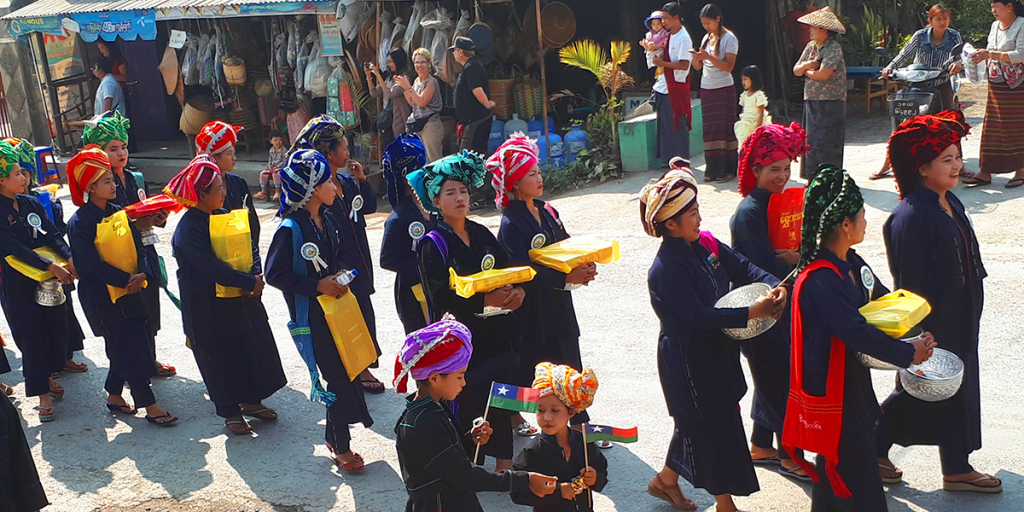 It is said that every Buddhist man should become a monk at least once in his lifetime. The first time is usually between the ages of 7 to 11. While this first brief monkhood usually lasts only a few days, the young boy is then considered a “novice” and is a source of pride for his family. There’s a huge cause for celebration!

The novitiation ceremony is held during different periods of the year, depending on the region, as it is mostly done after harvest season. That way, everyone has time to celebrate and has sufficient money, as the budget for these events runs quite high. The ceremony costs around 2000 USD for families with a modest income and significantly more for high-income families. This isn’t just any regular party!

Usually, the young monk will be clad in beautiful traditional garments as he parades through his hometown. Wealthier families will rent an elephant to carry the boy regally through town. Those families who can’t afford the elephant instead carry the boy on the shoulders of the strongest local men. This ceremony of honor is most often seen in November and December in Bagan, whereas March to April is a typical time for the novitiation in the Shan state. 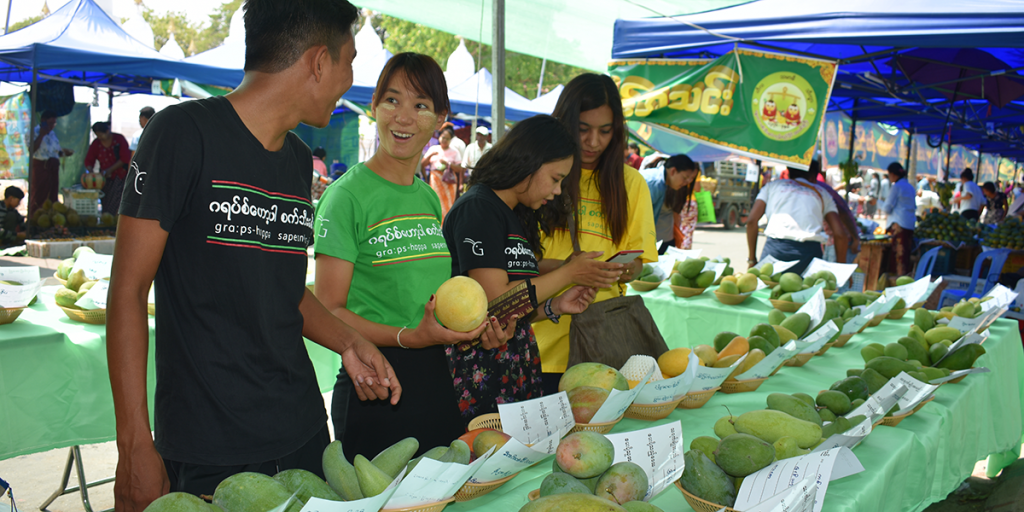 The time between April and June represents the arrival of mango season when the gorgeous yellow fruits ripen in great numbers. By the middle of the season, there are often so many ripe mangoes that it becomes difficult to sell them all before they spoil!

On a morning ride our team unknowingly cycled into a mango-selling celebration! AT this local festival, piles of mangoes were on sale and many different types of fruit were available for tasting. As in many other Asian countries, in Myanmar mangoes are not only eaten when ripened to sweetness, but also when still green and sour. Small unripe mangoes are often used for spicy mango salad or eaten with chili-salt. 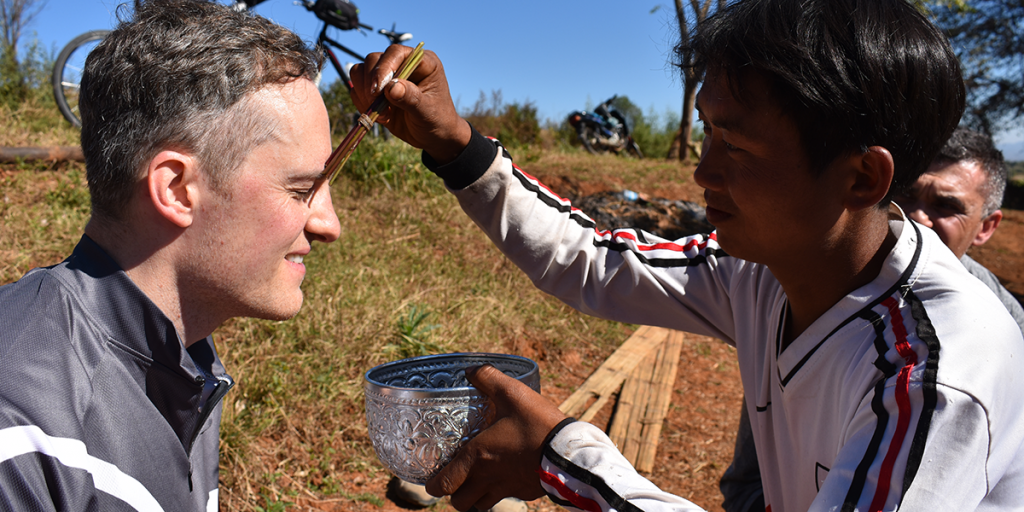 During a 2-week cycling trip through the Shan state, our team and customers had the honor to be invited to a birthday celebration in a Danu tribe. When we passed the sitting joyfully on blankets on the floor, they were as curious about us as we were about them, with this typical Burmese friendliness we were invited to join the festivities and rest for a moment.

There are less than 1000 ‘Danu people’ and most of them live in the Shan state. The word danu comes from ‘donke’ and means great archer. The first settler of the Danu tribe were archers from Thailand, who sought to settle. Today the Danu are peaceful farmers. At the end of our short visit, our customers got a special blessing with holy water to wish them a safe journey and a healthy life.

Joining us on a cycle tour in Myanmar? You may want to time it so your likely to catch some local Burmese festivals and celebrations, although it's highly likely you will any time of year!