Meet Jake Stalker, currently living a life behind bars in Cambodia. What sounds like a tragic scenario is quite the opposite, as we’re referring to handlebars of course! This is the first of our ‘Life behind bars’ series - a chance for you to get to know the personalities and stories behind our cycle tours.

Let us introduce you to Jake - an invaluable member of the Grasshopper family who heads both the Cambodia and Sri Lanka teams. Jake is a wonderful example of how the passion and commitment of our crews set Grasshopper apart. 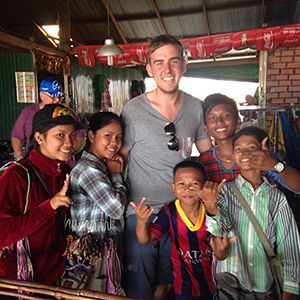 Jake didn’t come to Cambodia to work for a cycle tour company. After growing up in Riverstone, Australia, with a father who had fought in the American/Vietnam war. He was intrigued by the darkness of that time in his dad's life and wanted to visit Vietnam to see what progress the region had made since and begin the healing process for his father. At 19 years old, Jake and a friend did just that, but fate ran its course when the two guys took a bus from Vietnam through Cambodia, on their way to Thailand. The bus stopped in Phnom Penh, and they were so inspired with the generosity of local people that they never made it to Thailand. “I was deeply moved with the culture and people here and was blown away by the fact that many Southeast Asians have so little, but they tend to give so much.”

After making his way up to Siem Reap and experiencing life there, Jake decided to start a scholarship program that would allow young Khmer people to attend university. For the next few years Jake split his time between Cambodia and Australia, where he raised money for the new scholarship initiative. 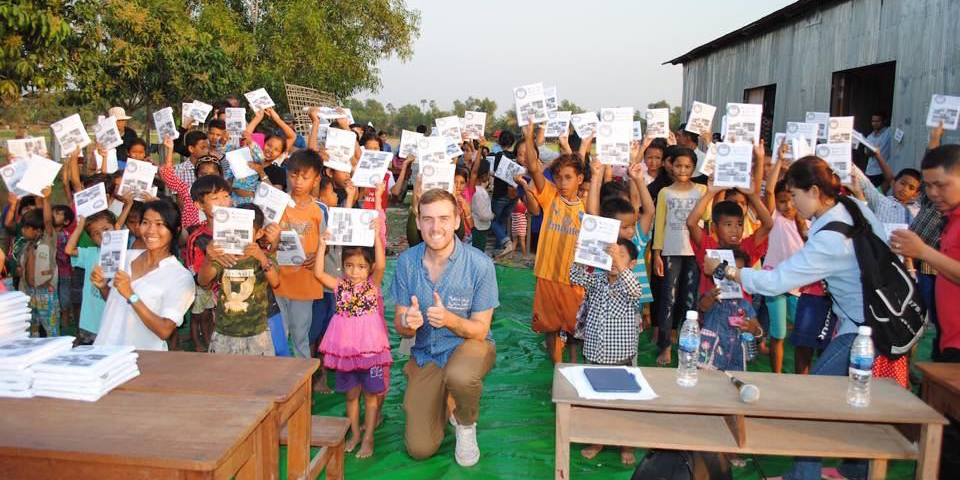 Once permanently stationed in Siem Reap, he took on work at a local social enterprise cafe called Footprints, where he helped get the business going and managed a team of local employees. One of Jake’s regular customers was Adam, the head of Grasshopper Adventures, and over several months they developed a friendly back and forth. Although Jake had no prior tourism experience, he had worked in customer service and was well versed in setting up teams and motivating them. A few interviews later, Jake joined the Grasshopper family, where he has been ever since.

Working with Grasshopper Adventures has given Jake the opportunity to travel to places such as Sri Lanka, Thailand, Vietnam and Laos, and inspired him to hop on a bicycle more often than he ever had before. “If you’re on a bus, motorbike or quad bike, you’re just flying through all these amazing places, and being out there on a bicycle just slows everything down. You get to engage with the people you’re passing by, you get to experience with all the senses.”

Speaking about his past five years as an overseas worker in Siem Reap, Jake cites his favorite part of the lifestyle as the incredibly warm Cambodian people. “They welcome you with open arms, they’re interested in the difference between your life and theirs, and they’re interested in a very genuine way. They want to learn from you and share the experience. They don’t have a fear of difference like I often see in the west, they instead replace it with intrigue”.

The hardest part of living in Cambodia, according to Jake, is being away from loved ones. In their absence, Jake relies on the familial nature of the tight-knit expat community, as well as local friends. “It’s the people who keep you grounded, and the people for me who keep me missing Cambodia when I go away. I go back to Australia and I sort of feel like life is so fast paced and people are so in their zone that they forget about engaging with each other.”

When asked for words of advice for young people considering a move to Asia, Jake simply says “Do it.” Jake urges those contemplating the move to be critical when choosing volunteer placements and to seek long-term employment that will allow them to stay comfortably in Asia for as long as they wish. Even if you spend only a few months or a year living in Asia, the experience will still open your mind and change your thinking, as well as lead to future opportunities.

Jake speaks very highly of working at Grasshopper. Because each tour is  “meticulously crafted” to ensure the highest quality experience, Jake and the other members of Grasshopper Adventures truly believe in what they are working on and selling as they bring people from around the world to participate in genuine experiences. The team agrees that the best part of touring by bike is you finish the day feeling satisfied, and you’ve had the chance to experience plenty of sights and culture along the way. Another aspect of the company Jake appreciates is Grasshopper’s unwavering commitment to its team. From the senior members, to the shop workers and mechanics, everyone is deeply cared for and allowed to grow. Mechanics who previously spoke little or no English make their way to becoming tour leaders, something they never would have imagined prior to beginning with Grasshopper Adventures. Others like the incredible young lady Socheata who joined the team at 19 and now manages the whole division of online communication for the Cambodia team.

From a manager of a cafe at 22 years old to leading a team of 40 Cambodians at age 24, Jake certainly has come a long way. “All of us here at Grasshopper, have been out on the road ourselves and we see that in a way our tours are changing lives, definitely changing perspectives on Asia and the countries we visit. And that’s incredibly rewarding, that’s what we stand for.”