From a small fishing and farming community to a bustling megacity, this is the fascinating story of how Bangkok began.

Long ago as the Chao Phraya River flowed towards its delta, it meandered and looped its way to the Gulf of Siam much more than it does today. The area that we currently know as Bangkok is located in the estuary of the Chao Phraya River and was likely first settled by small farming and trading communities. Seafaring ships were able to ride the tides in and out of the estuary making this the ideal place to contact traders. 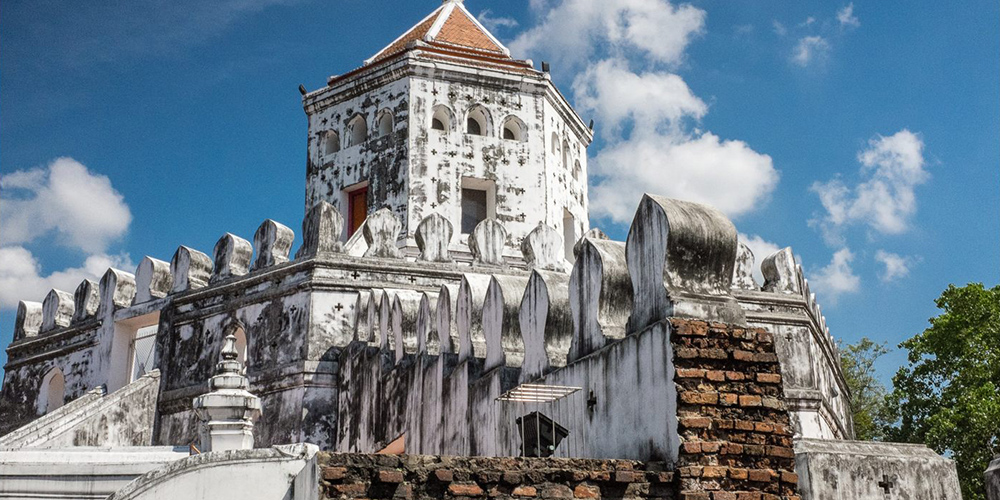 As the crow flies, the then capital, Ayutthaya, was 150 km to the north. But the twists and turns in the river made the trip long and slow with larger ships forced to transfer their cargo to smaller vessels. During the reign of King Chairacha in around 1540, a series of canals were dug across several of the meanders to shorten the distance of river travel to Ayutthaya.
The first of these channels was excavated in the area of Bang Makok (pronounced bahng makawk - Bang meaning settlement and Makok the Thai name for the Hog Plum Tree, Spondias pinnata). On either side of the channel's mouth forts were constructed to control the passage of ships upriver and to collect customs duties. One of these forts, named Wichaiprasit, can still be seen here today.
Foreign traders and emissaries who passed here came to call this place Bangkok, a corruption the local Thai name for the area. In time the course of the river shifted away from the long meander and the new channel became the main course of the river. The old channel eventually silted up and became today's Bangkok Yai and Bangkok Noi canals making up a part of Bangkok's famous canal system.

The transformation from a customs and trading outpost to the capital of Siam came about after the Burmese sacked and razed the city of Ayutthaya in 1767. The Siamese, under the leadership of Lord Thaksin, was able to regroup to form an army to drive the invaders out. Using the defensive positions of the forts in Bang Makok and the resulting island formed by the surrounding channels, the now crowned King Thaksin founded the new capital in 1768 on the west bank of the Chao Phraya River near Wat Arun, the Temple of the Dawn, and named it Thonburi, the full formal name meaning the 'City of Treasures Gracing the Ocean'.
From early records, it is known that there were already Muslim and Chinese settlements in the area. With the fall of Ayutthaya the French, Portuguese and Vietnamese also came to settle in the newfound capital. In gratitude for Portuguese assistance in driving the Burmese invaders from the land, King Thaksin granted land for a Catholic settlement in perpetuity. Descendants of these early settlers still live here in the community surrounding the Santa Cruz Church. 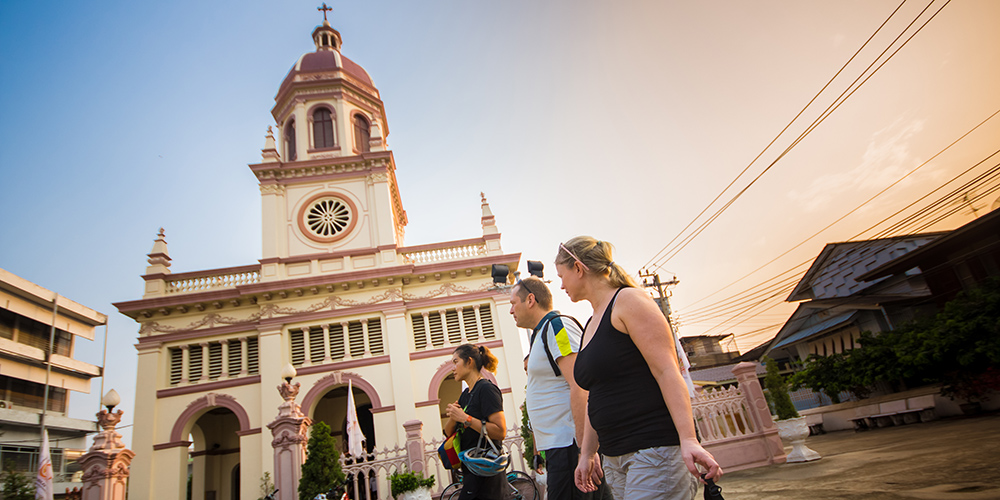 The other early inhabitants of Bangkok were a mix of different cultures and religions. In addition to the Thai Buddhists, there were Chinese Buddhists, Thai Sunni Muslims, and Persian Shiite Muslims. The Catholics were Portuguese, French, Chinese and Vietnamese. And these were only some of the many peoples who settled in early Bangkok.
Joining us in Thailand? Discover more of this fascinating city on the 2-day Bangkok Explorer pre-trip extension