Adam, Owner & Chief of Grasshopper Adventures, has a special knack for identifying unique aspects of a culture and country to craft an adventure around. Being on location, exploring, interacting, and seeing it from a guest's perspective makes all the difference. He shares his experience of creating the new Uzbekistan bike tour — the renowned Grasshopper experience, Uzbek-style. 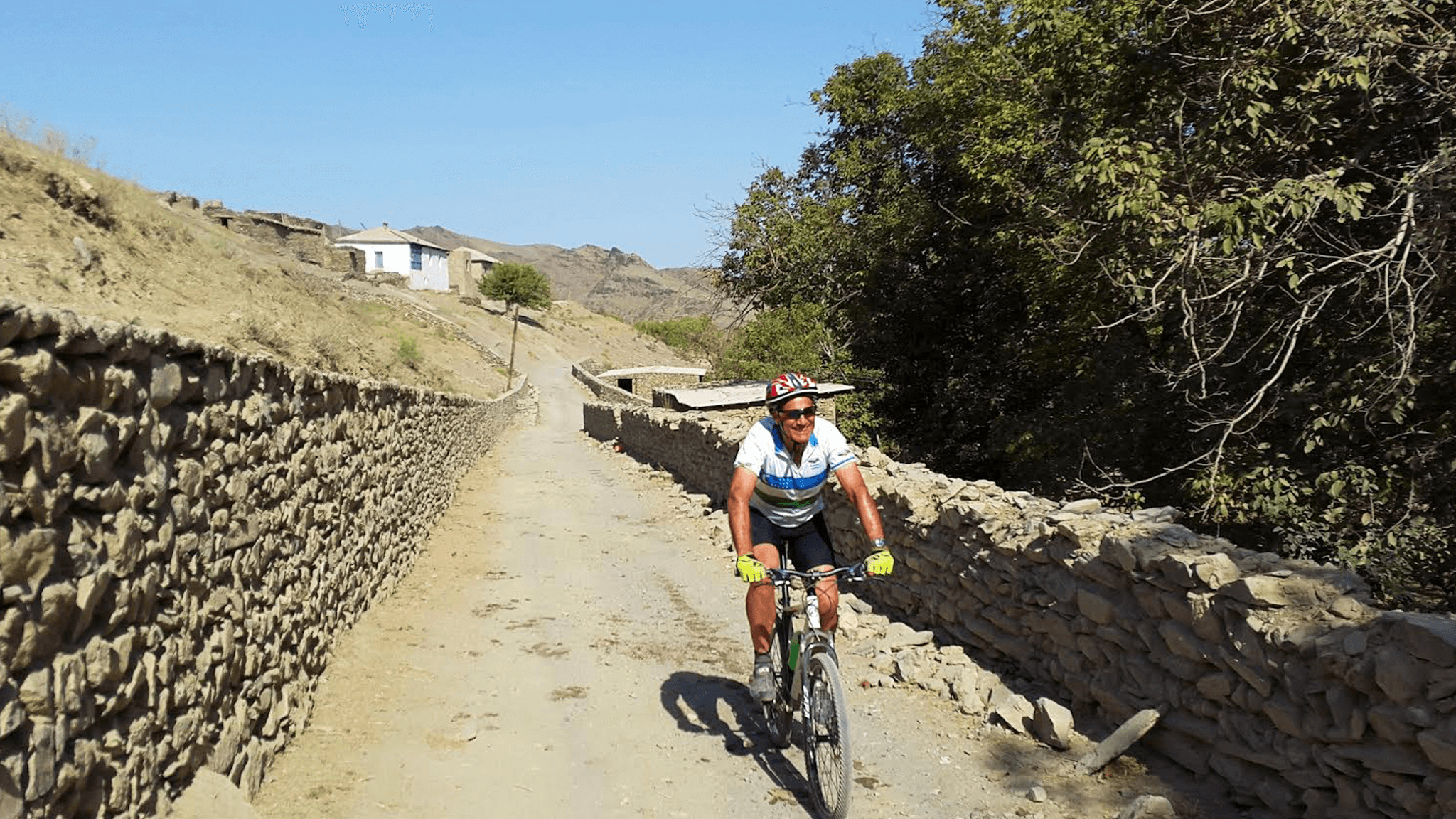 I went to Uzbekistan for the first time and expected to enter some sort of hermit kingdom, still living the silk route traditions with a post-soviet government and a reluctant acceptance of tourism. I was in for a real surprise and it resulted in a brand new tour for Grasshopper Adventures!

In case you haven’t noticed, we (the travel industry), sometimes simplify the essence of a country/region to make a compelling case to add it to your travel list. Think the Angkor Kingdom in Cambodia, Thai cuisine, or tea and colonialism for Sri Lanka, just to name a few examples. In the case of central Asia, the Silk Route is the go-to theme. For anyone lured to a destination on this premise, you have probably left with a much richer, layered and complex view of the essence of that country. 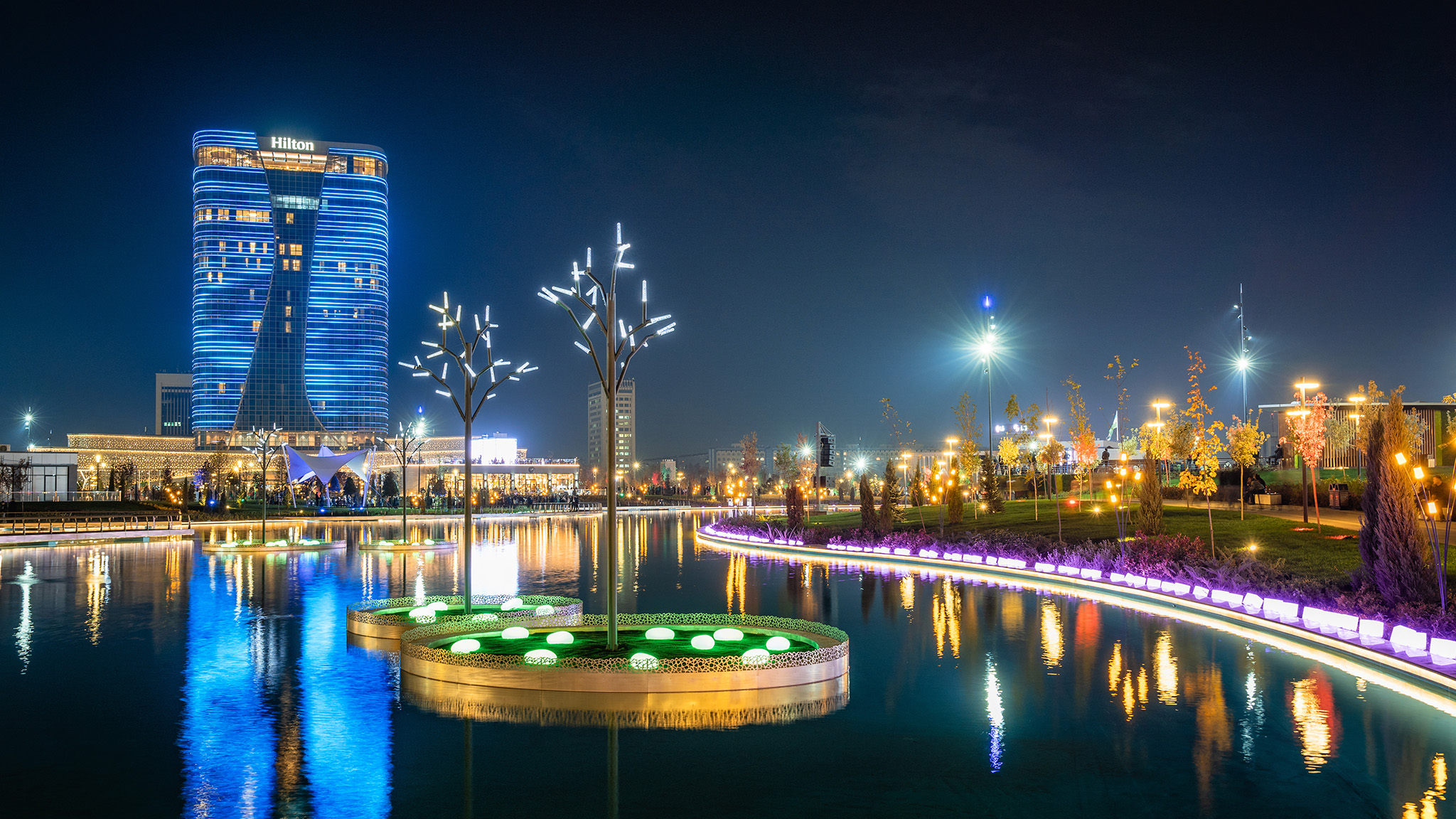 My mental process upon arrival in Tashkent, in 2019, was that of rapid recalibration. It occurred to me the 2016 edition of the guidebook which had been sitting in my office, had dated rather quickly. Just three years earlier, in 2016, the much loved (hmm..) strongman president of Uzbekistan passed after 15 years in office and a chap named Mirziyoyev succeeded him. Upon taking office, he embarked on a rapid modernization of the country, including a major liberalization of commerce and trade. So where I expected to set foot in a somewhat repressed, sanctioned, constrained society, I arrived into a city that seemed to be growing right in front of me. This is no hermit kingdom!

Our previous itinerary had us visiting Samarkand with its stunningly beautiful mosques and mausoleums, Bukhara with its ark style fortress and Khiva with its world heritage listed ancient city. In addition to that, we were leaving the beaten trail to visit the little known town of Shakhrisabz, birthplace of the famed Turco-Mongol Conqueror Temur Gurkani, with its own beautiful mausoleum. We rode our bikes through remote villages set in the rugged beauty of the Ortacheku Mountains and slept in yurts with camels roaming around the desert outside. We rode over a stunning mountain pass with views out over Tajikistan and camped in what really felt like the middle of nowhere with the brightest stars I have ever seen. Then we rolled into these cities to see the highlighted, historical monuments. 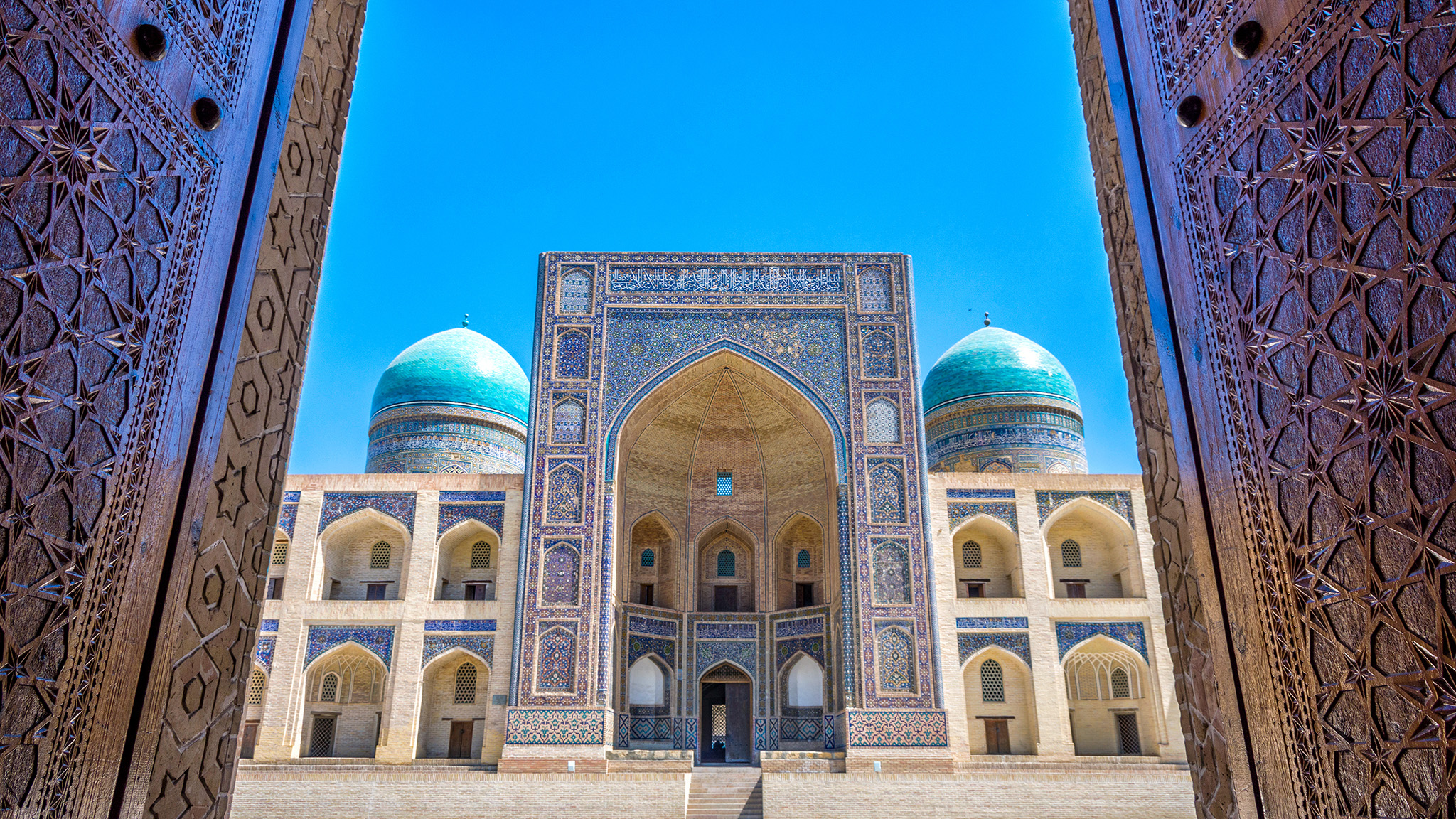 I had been expecting to see living buildings. Mosques being prayed in, Madrassas being learned in, Ancient cities abuzz with locals going about their daily business. This is not what I saw. Instead, I saw beautifully restored and preserved structures, that while still worth seeing, were devoid of authentic use, with the exception of souvenir sales.

I guess with the rapid changes and opening, the bright folks at the ministry of tourism sat down to work out how to open their cultural and historical assets to tourism. They clearly picked up a playbook that has been widely used throughout the world. They made things safe. They made things manageable. They built amenities at tourist sites and posted “Tourist Police” to keep things under control and promoted the development of souvenirs, mementos, and crafts to sell to tourists. They demolished the actual, functional city, within a 1km perimeter of Khiva’s ancient town in order to build cookie-cutter hotels that match the “heritage style” of the ancient town, thereby displacing the interesting, living part of the city. They’ve done well in their efforts and I’m sure that busloads of future tourists will enjoy it very much, but this is not what I travel for. 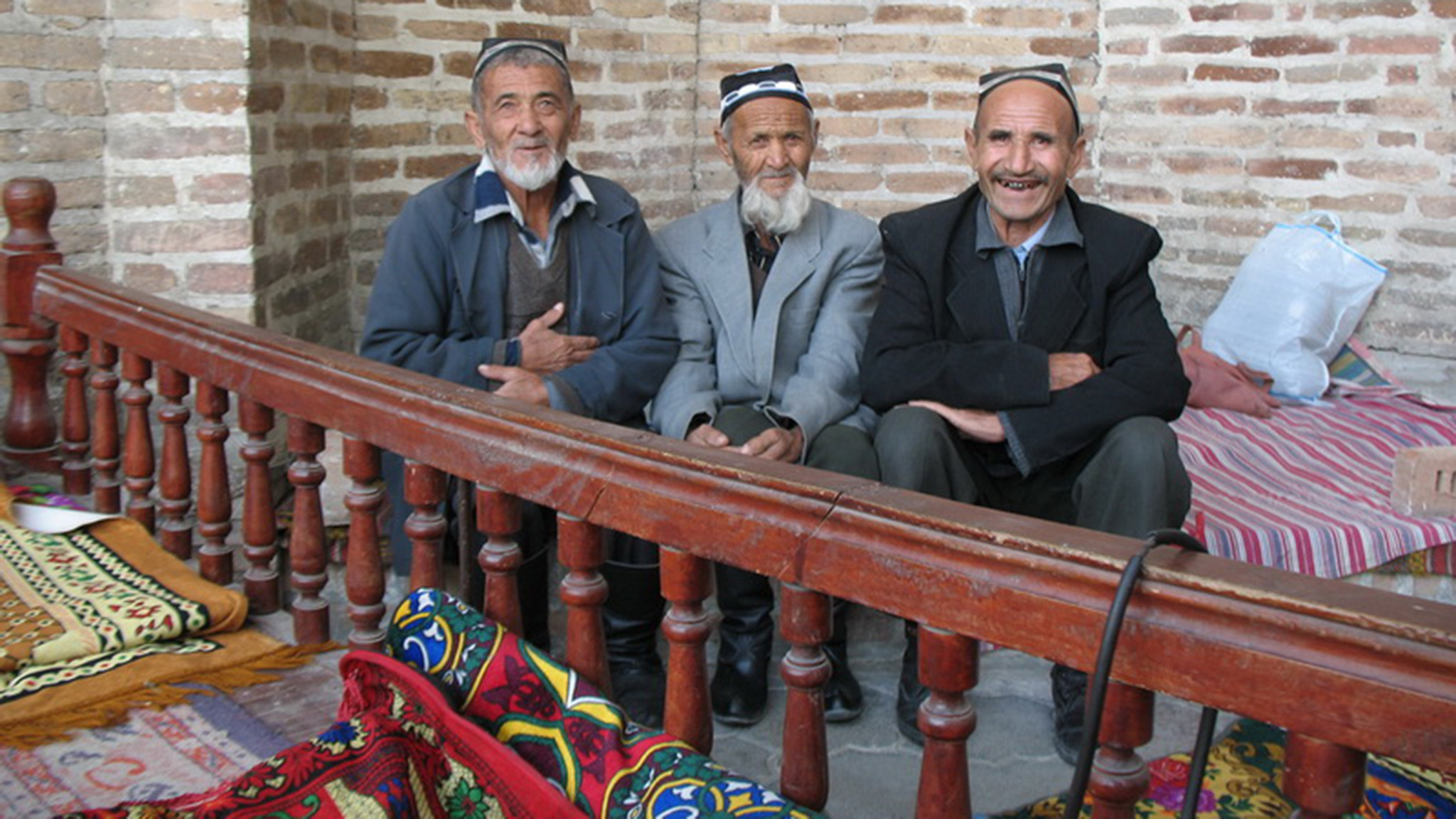 I’m not here to be managed, to be “safe” in the ministry of tourism’s sense of the word. To be molly-coddled, sold to and given a confected scene of the silk route! I’m here to experience a place as it is and to meet people as they are, where they are. To see how their communities function and prosper. I want to see what their kids do after school, whether they are busy tending to the family donkey, playing football in the street or whether they pick up a playstation. I want to drink what they drink and eat what they eat and immerse myself in their culture and city. I want to communicate about things other than the price of a rug or souvenir, even if it results in some laughter at my expense.

I don’t think I’m alone in this. It seems the majority of our guests expect a tour that skims the highlight attractions, then digs deeper to get under the skin of a place and culture. I think most of our guests do care about the political and economic story. They want to be in those same situations, getting to share a drink with a rowdy bunch of locals or satisfying the impulse to try something off a plate that cannot be easily identified, the name for which has just been mimed to you by a man with three remaining teeth. 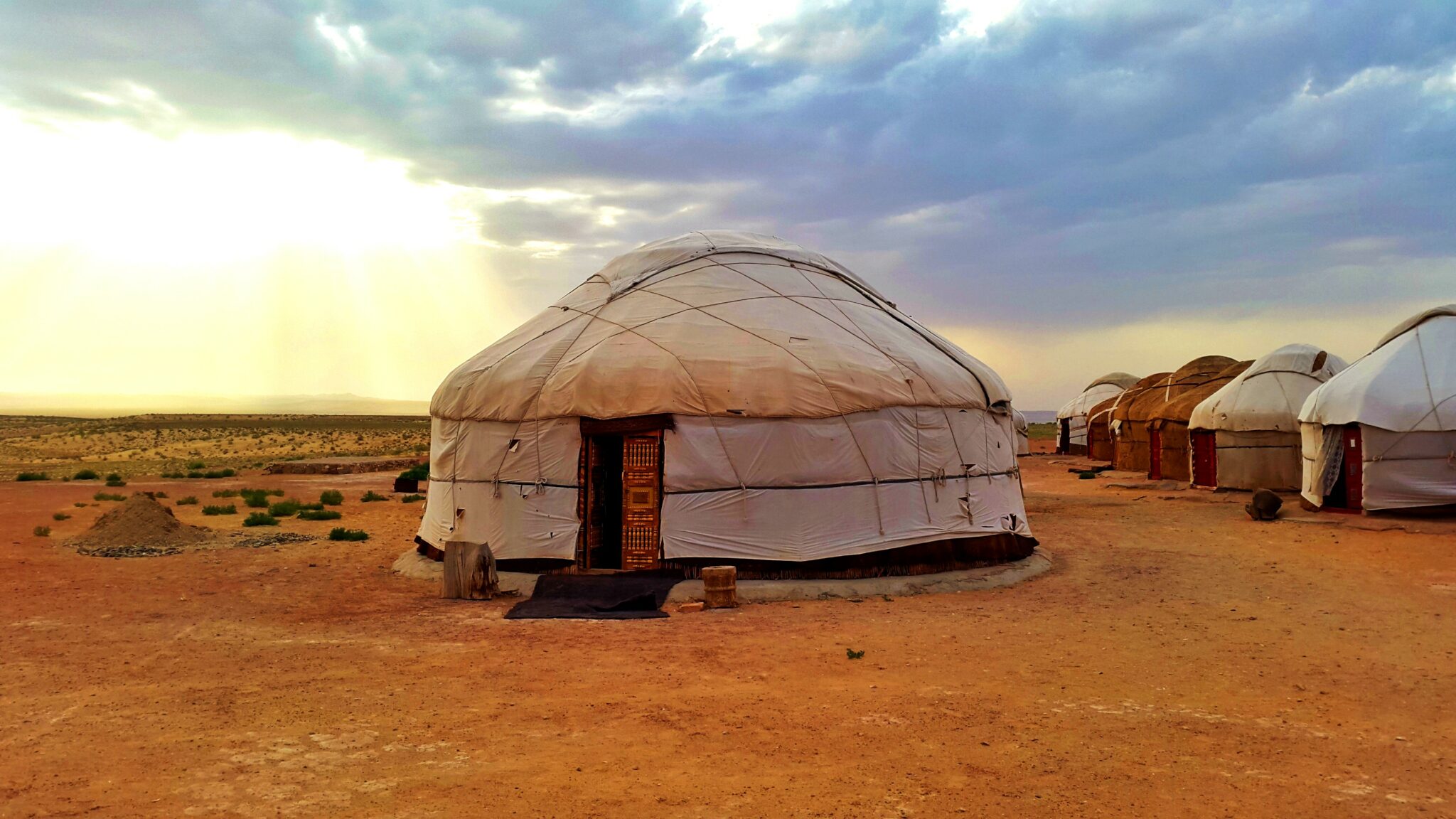 The aim of a Grasshopper tour is to take you to places and introduce you to people and situations you could not easily replicate yourself, and in doing so, enable you to write your own story on each tour. You have the independence (by way of bicycle) to stop, look at, investigate and engage in anything that takes your fancy. For me, the things I found the most interesting in my daily Uzbekistan travels were:

So when I arrived back home and mulled the Uzbekistan experience over, I decided we needed to recreate the tour into one we would be even more proud to put the Grasshopper Adventures name on. The reality is that things had changed since our original tour, so we have to move with those changes. The mainstream travel world is discovering Uzbekistan, so we have to work just a bit harder to get away from the mainstream.

Of course, we will take you to Samarkand and Bukhara and you will see the most beautiful monuments that have been lovingly preserved, but we’ll also take you into the Bazaar to sample delicacies, chat with the vendors and hear about their lives. We will explore the religious pluralism of Bukhara with a visit to a synagogue and a church, and have a Q&A with representatives from each.

We then use the rest of our time to investigate intriguing areas and activities, like the wine-growing region in the hills outside Tashkent. Where we visit a winery to hear about their plans to bring Uzbekistan Cab-Sav to the world. We visit the Beldersay Ski Resort, only we do it when there is not a trace of snow. We take a train ride to see how the locals get between cities and visit an abandoned soviet-era space exploration engineering site. We hike in the Zaamin National Park to see the beautiful flora which covers the hills at a certain altitude, and we visit the 3,000-year-old petroglyphs at the remote village of Sarmysh!

That said, we also retain some of the best parts of the old tour, so you will still get to ride through the Ortacheku Rocks, and spend a night in a yurt in the desert, with camels roaming around, while you share a vodka with your hosts. 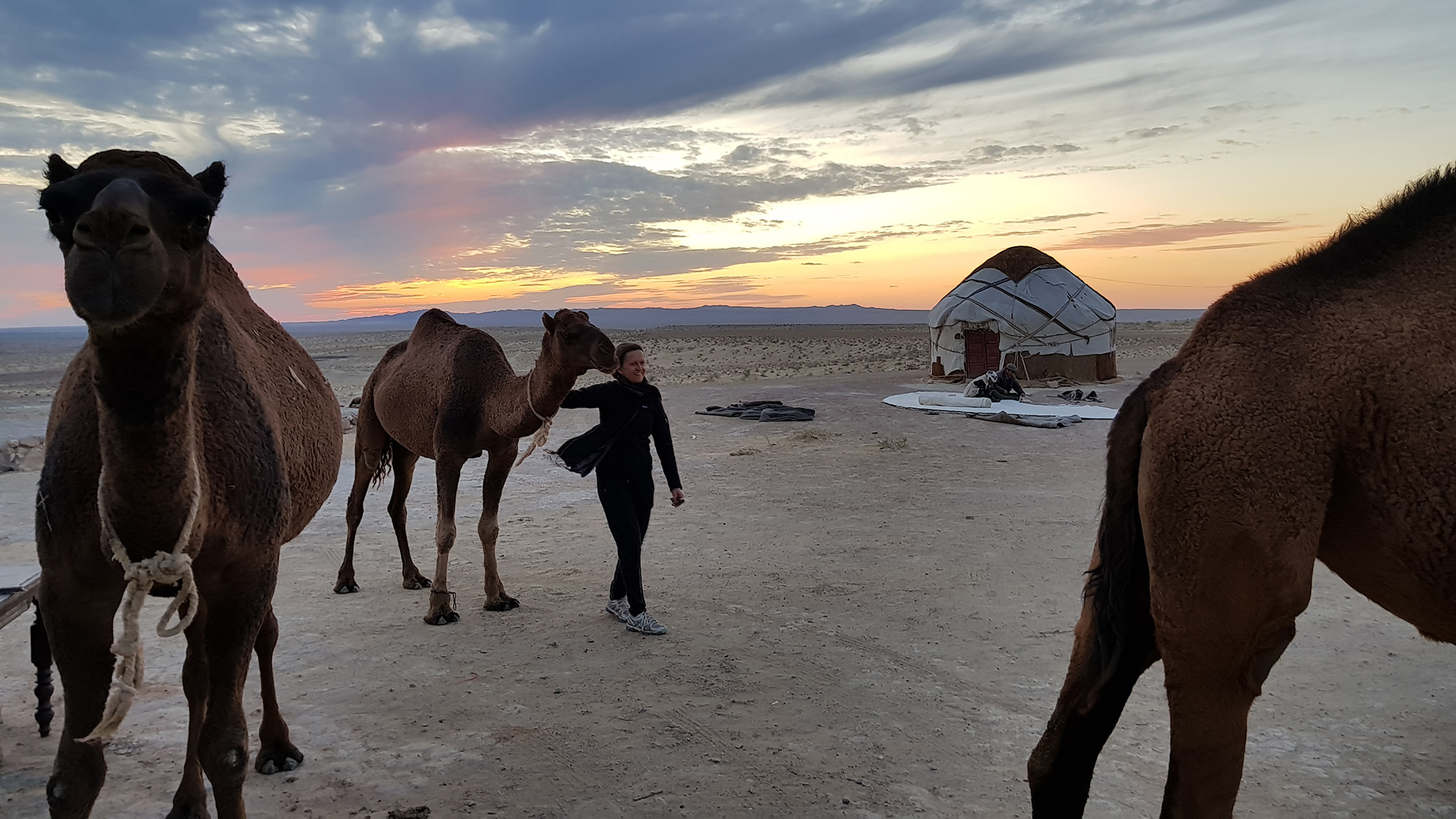 If you so choose, you will also have ample opportunity to haggle over a rug or a souvenir, but you will do so with the knowledge that you went deeper into Uzbekistan than the person haggling next to you. You might also be able to wow the vendor with a little Uzbek language that you picked up along the way!

Save your place on 2022 departures now while still available. 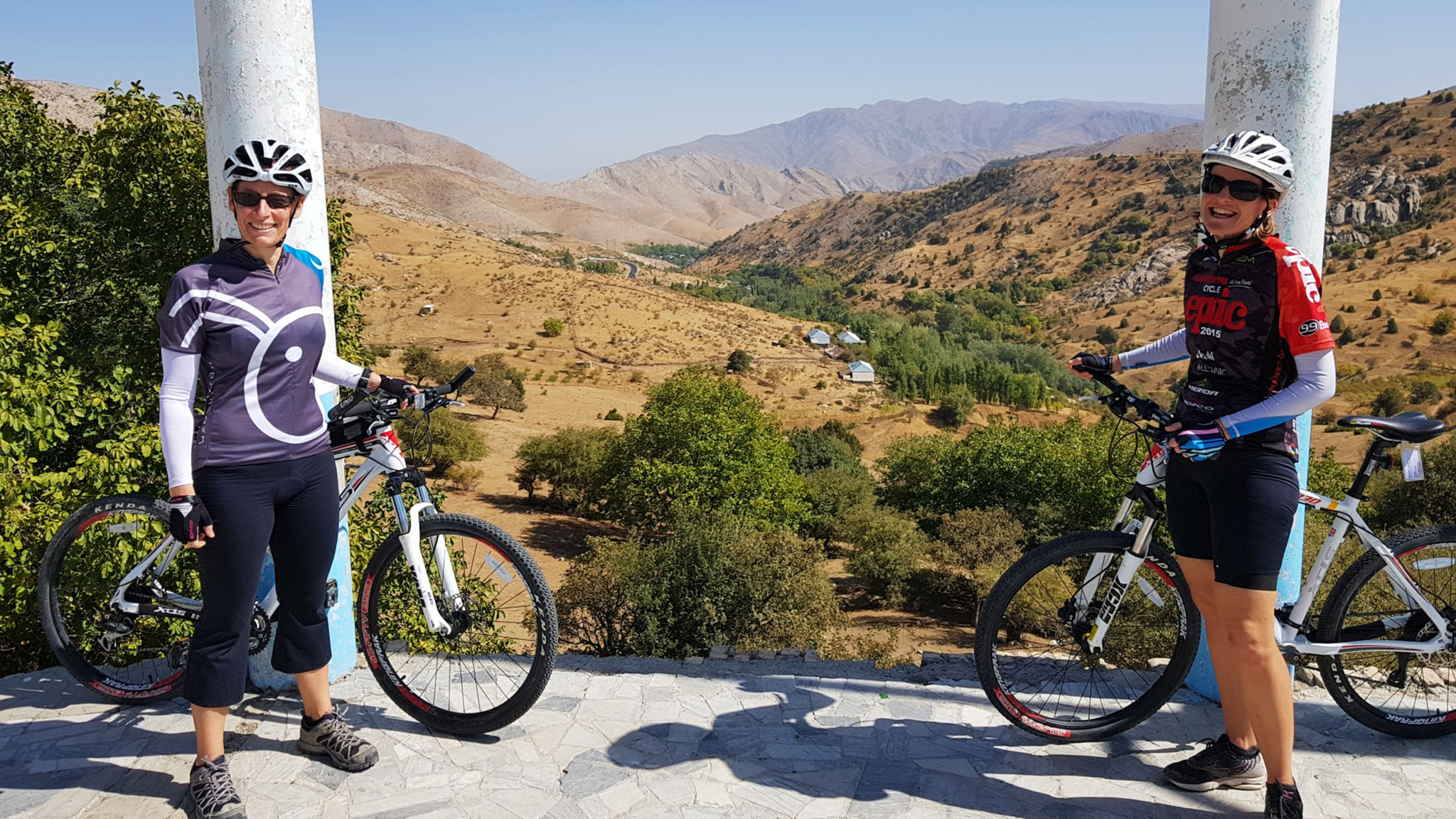