REGISTER
Are there E-bikes in Japan?
Home / Blog ArchivesHere

Are there E-bikes in Japan?

From the land that brought you such technical wonders as the Bullet Train and Tamagotchi pets, you’d expect there to be the latest in bicycle technology - E-bikes -  and you’d be right… As of mid 2019, you can now choose from 3 different e-bike (also referred to as electronic or pedal assist bicycles) brands in Japan that are suitable for longer distances.

In fact, e-bikes have existed in Japan longer than most other places in the world. No huge surprise there, with the world’s first prototype built by Japan’s own Yamaha (the brand we use). The same company also invented impressive pedal-assist technology. Initially, these bikes weren’t really suitable for longer distances, as they were only available in small sizes, more appropriate for zipping around town or to the local metro station. 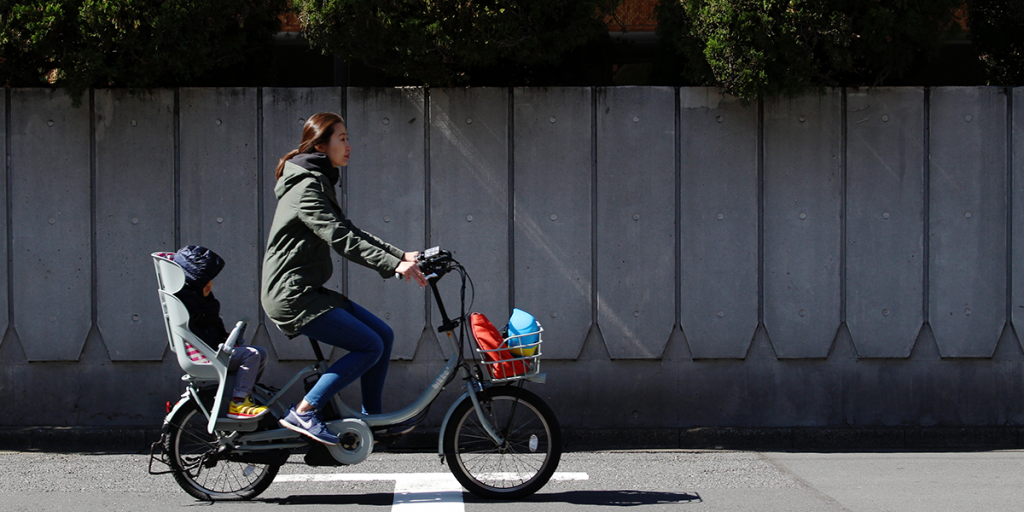 E-bikes have actually been used by Japanese people to get around for years. While exploring Japan it’s typical to see a local mother or grandmother pedaling down the street at quite a clip, with two young children on board. That style of bike is commonly known as a Mamma Cherry (it’s actually Mamachari), although the e-bike version is referred to as the E-Mama or perhaps E-Cherry? Not so sure about that... In any case, these are low frame/step-through style bikes with a long wheelbase in order to accommodate the drive unit, battery, rider and then a child seat on both front and rear of the bike. Talk about a people mover!

Other styles of e-bike have also been used by office workers in city centers. You’ll see people riding bikes all over Japan for short-distance travel, and therein lies the key reason why we haven’t been able to use e-bikes in Japan on cycle tours of more than 15km before. The models that were available were created for every day, shorter-range usage and just weren’t big enough.

Now, with the release of the Yamaha, Trek and Giant models, we can finally make e-bike travel in Japan a possibility for riders ranging from 155cm up to about 188cm. If you join a Grasshopper Adventures trip and opt for an e-bike, you’ll be on the Yamaha Cross Core. The Japanese aren’t renowned for their tall stature, so, unfortunately, the XL and XXL sizes are still unavailable, but we hope that this will change in the future. 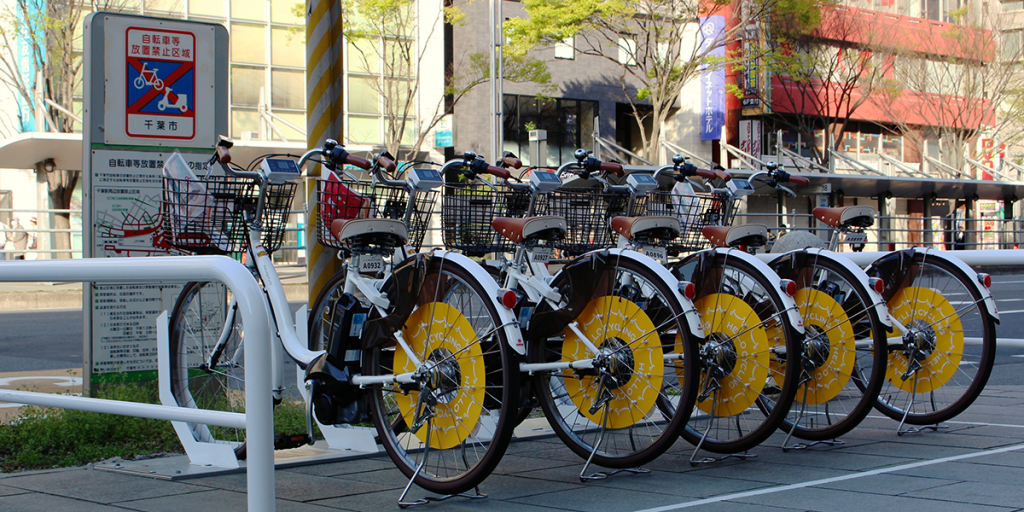 E-bikes are available for rent in Japan.

Is using an e-bike in Japan worthwhile?

E-bikes are becoming hugely popular all over the world and some places are more suited for them than others. Japan is about as ideal as it gets as far as e-bike travel is concerned. Pretty much all of the interesting areas for bike riding in Japan are hilly, and while often these hills are not incredibly steep, some require you to climb for an extended time. A pedal assist e-bike augments your pedaling power and allows you to climb at a higher speed. Because of this, when you reach your destination, you’ll still be feeling pretty energetic (and less sweaty). This, in turn, means you can enjoy the views and recover nicely to do it all again the next day.

There are places in the world where the roads aren’t such hot stuff. Potholes and rough surfaces are the most notable problem, but cracks or lips between sections of road can also be bothersome. Because e-bikes are a bit heavier than other bicycles, when you hit a crack, you get more shock through your wrists. This can be avoided by using a bike with front shock absorbers, but in Japan, all the e-bikes available have rigid forks without suspension, so a comfortable set of riding gloves helps balance this out. For even greater comfort, a slightly lower psi in the front tire will absorb extra road chatter. 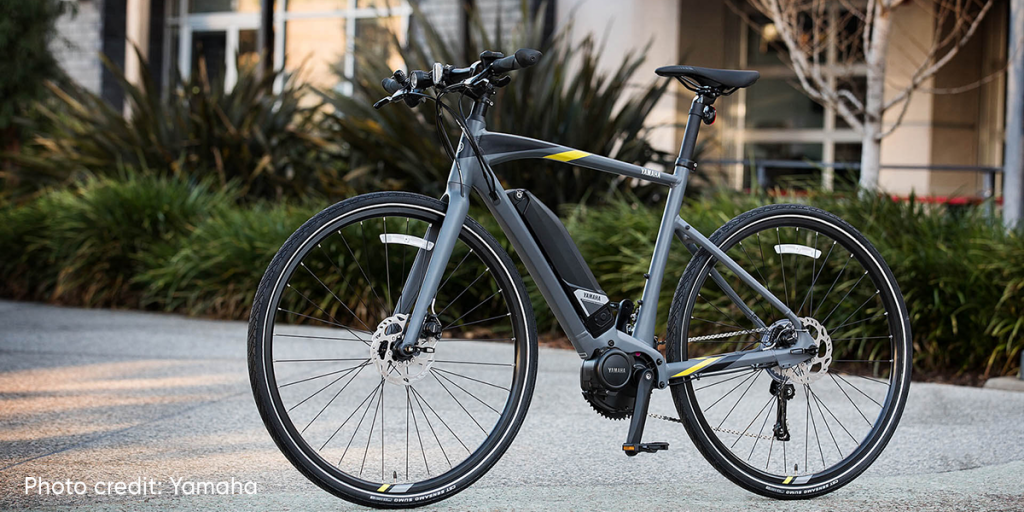 Why did Grasshopper choose the Yamaha for Japan?

We inspected every option before picking the Yamaha Cross Core. Cannondale, our normal go-to bicycle of choice, is not ready to distribute e-bikes in Japan. The Yamaha Cross Core, our next option, is a respectable e-bike, actually, it’s better than that. The Yamaha e-bike is a more reliable, better-designed bike than the Trek and Giant options as far as we are concerned. This is purely a matter of opinion, but when we took a deep dive into the choices, we saw that the Yamaha bike has a solid build quality and that the drive unit has a good track record. We also had the opportunity to test them all and found the Yamaha has the greatest range, the best handling and the most effective overall design. It also fits nicely onto our rooftop Thule Bike Carriers and is light enough to lift up there! 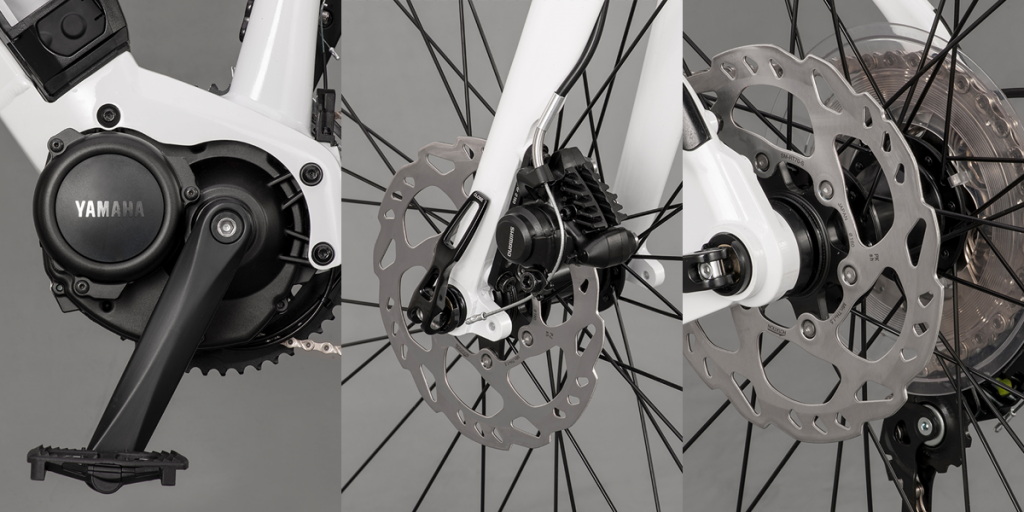 When we’ve had guests on tour use the bike, they have generally engaged the most basic/mild “eco boost” on flat terrain. Then, they’ve used the mid-level for the hillier sections. During our rides, we have successfully completed 60-70km routes on a variety of terrain with a single battery charge.

The bike has Shimano Sora 9 speed gearing and mechanical disc brakes, although we will be upgrading the brakes to hydraulics in 2020. The tires are sturdy, puncture-resistant, slick urban tires, but are wide enough for plenty of shock absorption. 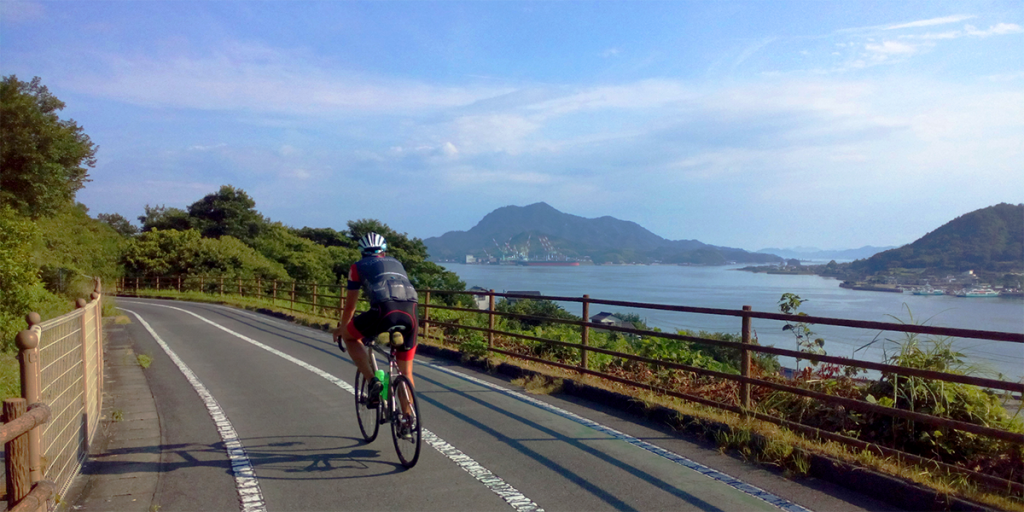 Can I Upgrade to an e-bike during a tour?

Can you change horses mid-stream? In this case, no, unfortunately, you can’t. It’s something that needs to be requested in advance of your tour. We have a limited number of e-bikes available and they are in very high demand, so getting in early with your request will serve you well. There is a charge to upgrade to an e-bike which currently stands at $55 a day. Your Grasshopper Trip Planner or Reservations Coordinator can assist you in securing this upgrade option at the time of booking.

Tours with E-bikes options in Japan: