5 unique animals you can find in Cambodia

The Kingdom of Wonder has a rich fauna and flora, which attracts nature lovers from all over the world. This list of 5 unique animals you can find in Cambodia is just the tip of the iceberg. Cambodia has been known for centuries for its rich bio-diversity, the traces of which can be seen on the bas reliefs at Angkor.

Like many other countries, however, Cambodia’s wildlife has suffered greatly from deforestation, development, and poaching. Animals such as tigers have not been seen in the wild for ages now, and every day more and more species come under threat. That being said, the country remains a great destination for nature lovers. 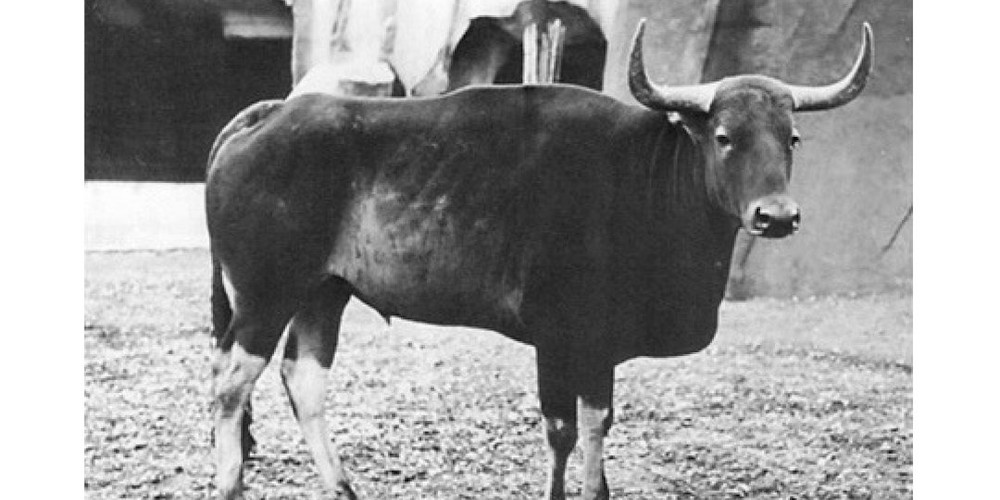 The Kouprey, also known as the “Grey Ox”, is a species of bovid that lives in forests and feeds off grass. An adult kouprey can weigh up to 900 kilos and measure up to 2 meters tall. Sadly, as they are prized for their meat, horns, and skulls, they have become a critically endangered species. Today, you’ll only be able to see them (if you are extremely lucky) in Cambodia, where they can be found in Mondulkiri or Ratanakiri. They’re so hard to find in fact that the last confirmed sighting was back in 1983!

Fun Fact #1: The Kouprey became the national animal of Cambodia in the 1960s, designated as such by Prince Sihanouk. 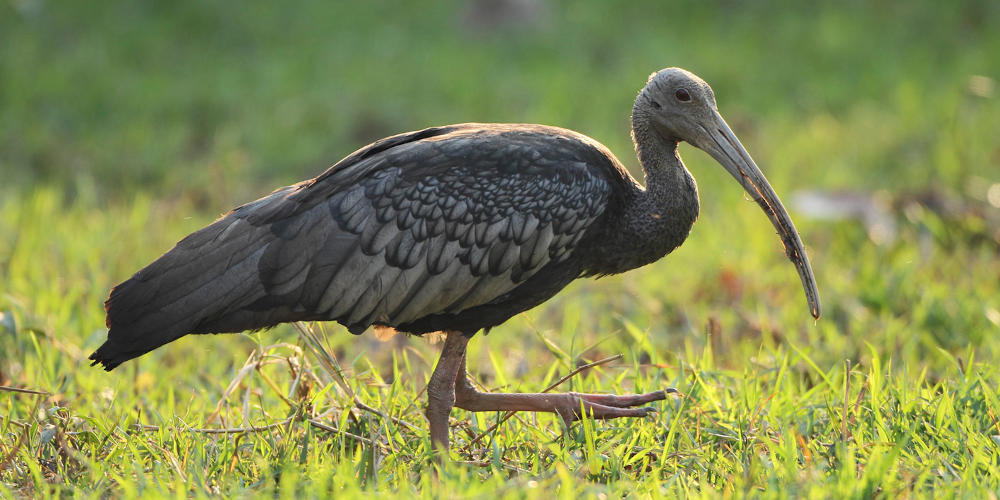 The Giant Ibis is the national bird of Cambodia, one of the many rare bird species that can be found in the Kingdom of Cambodia. It is the biggest bird in the Ibis family and can measure up to 100 cm tall and weigh more than 4 kilos! The majority of the bird’s population can be found in Cambodia. In fact, this is one of the reasons why Cambodia is such a popular birding destination. This impressive bird likes to live in marshes, swamps or around lakes and nearby water. It’s diet consists of insects, seeds, amphibians, and reptiles. No wonder the Tonlé Sap is one of its hang out spots.

FunFact #2: The Giant Ibis only lays 2 eggs a year and only during the monsoon season. 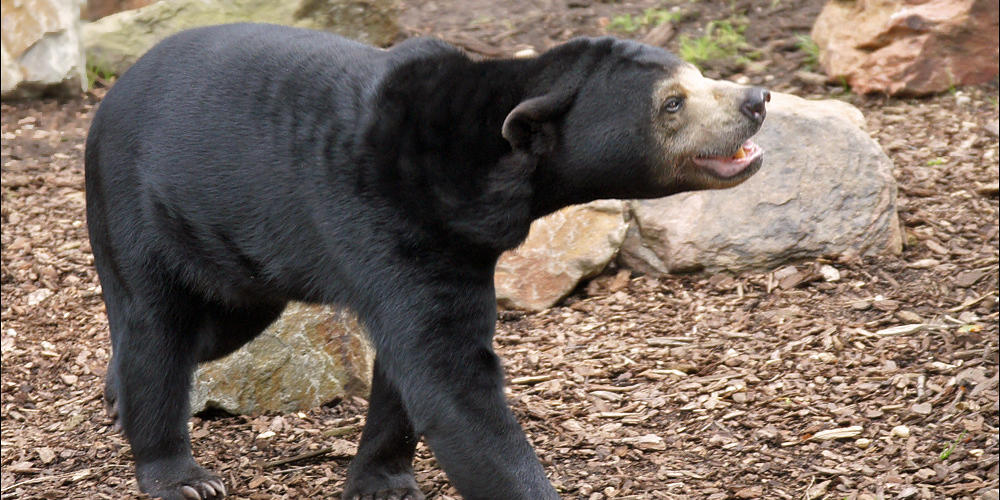 Sun bears are one of the 8 species of bears that exist in the world today. Though they used to be found across Southeast Asia, today, they are mostly seen in northeastern Cambodia. Sun bears live mostly in trees and are omnivore and love to eat sweet fruits, small rodents, birds, insects, and of course, honey. In fact, Sun Bears love honey so much that they are also called “Honey bears” sometimes. Because a sun bear’s life is tied to that of forests, it should come as no surprise that deforestation is a great threat to these animals. The fact that they are sought after for traditional medicines certainly does not help either!

Fun fact #3: The sun bear is the smallest species of bears in the world 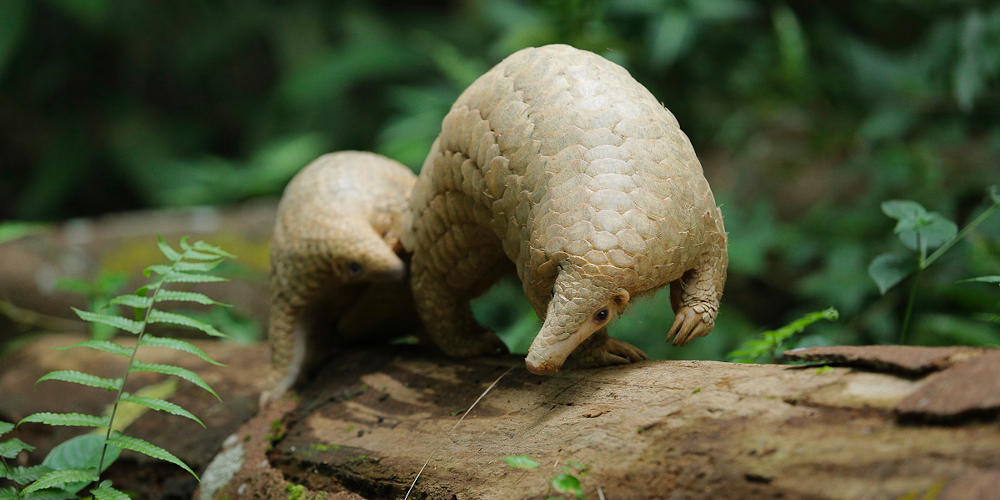 Pangolins are unique-looking animals that are full of surprises. These scaled mammals spend most of their life in trees so you’ll find them mostly in forests around Cambodia. They live off of ants and termites which they hunt for with their large claws, ideal for digging into the ground. These amazing animals depend mostly on their excellent sense of smell, which makes up for their poor eyesight. Sunda Pangolins are an endangered species. Deforestation is one important reason but most importantly, they are sought after across Asia for their meat and for traditional medicines.

Fun Fact #4: The Pangolin is the only scaled mammal! 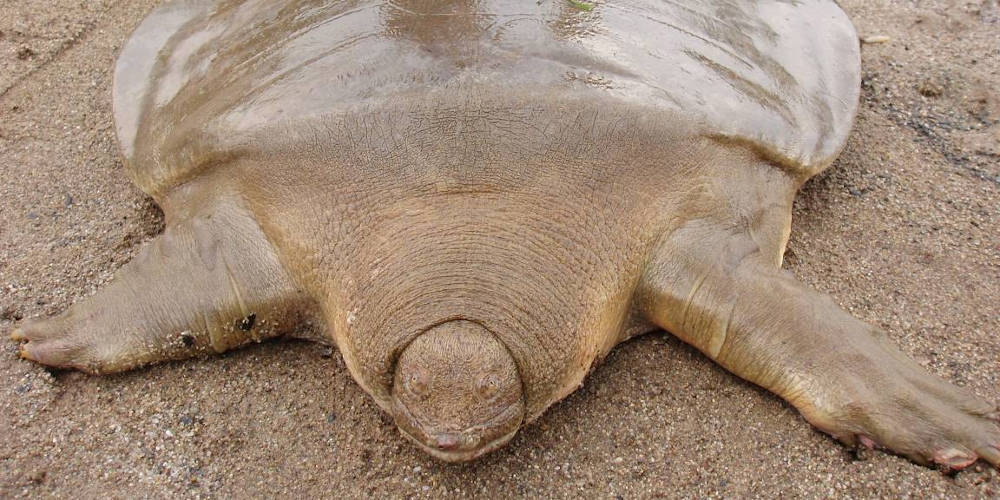 The Cantor’s Giant Softshell Turtle is considered one of the largest freshwater turtles in the world. They can measure up to 2 meters long and weigh over 50 kg! That’s pretty big. In Cambodia, Khmer people call these turtles “frog head turtles". Why? Because they see similarities with the features of, you guessed it, a frog. These exceptional animals can live up to 200 years. Once very common, these turtles are now an endangered species that can mostly be seen on a 30 kilometer stretch of the Mekong in the north of Cambodia. Decades of collecting eggs their eggs for food has brought these turtles to near extinction though conservation efforts are trying to turn the tide.

Fun Fact #5: These turtles were rediscovered in Cambodia in 2007!

Hopefully you will have a chance to spot some of these animals on a visit, we recommend touring Cambodia by bicycle to best immerse yourself in the natural surroundings. If you would like to find out even more about wildlife in Cambodia Wikipedia has an extensive catalog of species to be found.