Updated Jan 6, 2021
Many people are put off visiting the tropics during the wet season, believing they will be stuck in their hotel rooms gazing forlornly at torrential rain pouring down outside. But the truth is very different, it is actually an excellent time to visit Southeast Asia. Read our top five reasons here... 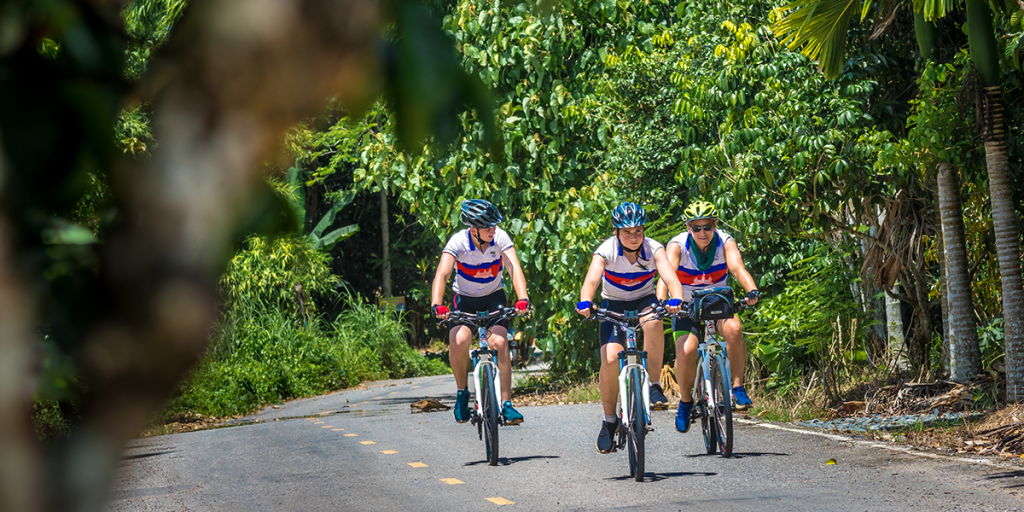 A brief shower quickly turns to a beautiful day during a bike tour in Southern Thailand.

1. It doesn't rain all the time!
During the summer months in most of Southeast Asia, the weather patterns are actually quite predictable, with mostly clear mornings and around a 60% chance of rain in the mid to late afternoon. Rain, when it does fall, tends to be in short, heavy bursts rather than the continual drizzle that is found in temperate countries. It is usually easy to find cover to escape the downpours, although if you are caught in the open, enjoy a cooling shower courtesy of Mother Nature! 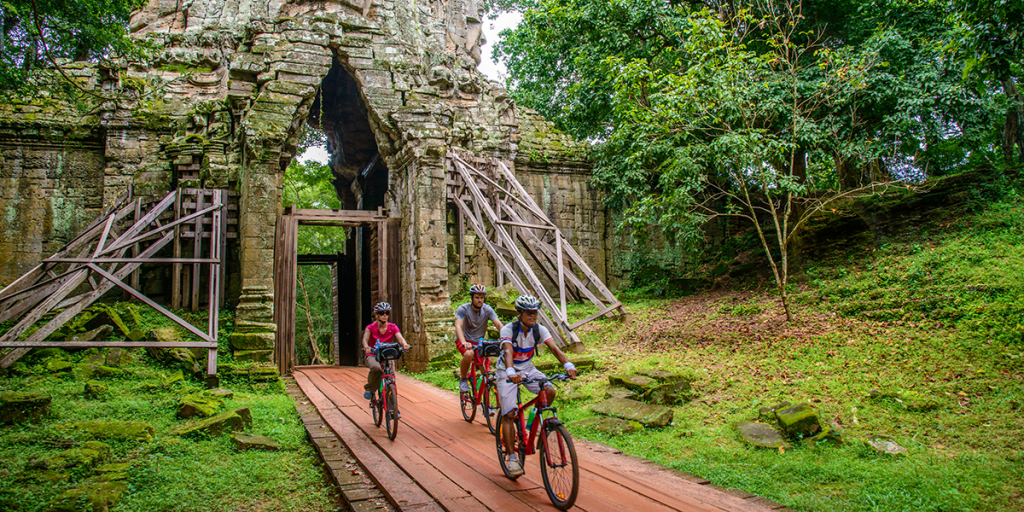 Explore the Angkor temples without the crowds during the wet season.

2. Avoid the masses
So there you are, waiting expectantly for the sun to rise over that temple or wonderful view, but you are rather concerned that you will actually get to see it at all (much less photograph it) due to the jostling crowds. It's hard to appreciate many sights, especially spiritual ones like Angkor or Bagan when you are surrounded by a multitude, but there is a simple way to minimize this aggravation - travel offseason. At Angkor, for example, crowd densities are lowest between May and July - often as low as 10% of the numbers found during December and January - with many of the outlying temples being totally deserted at this time of year. Wandering through an empty Angkorian temple accompanied by only the sounds of birds and monkeys is something we guarantee will stay in your memory for a long time. 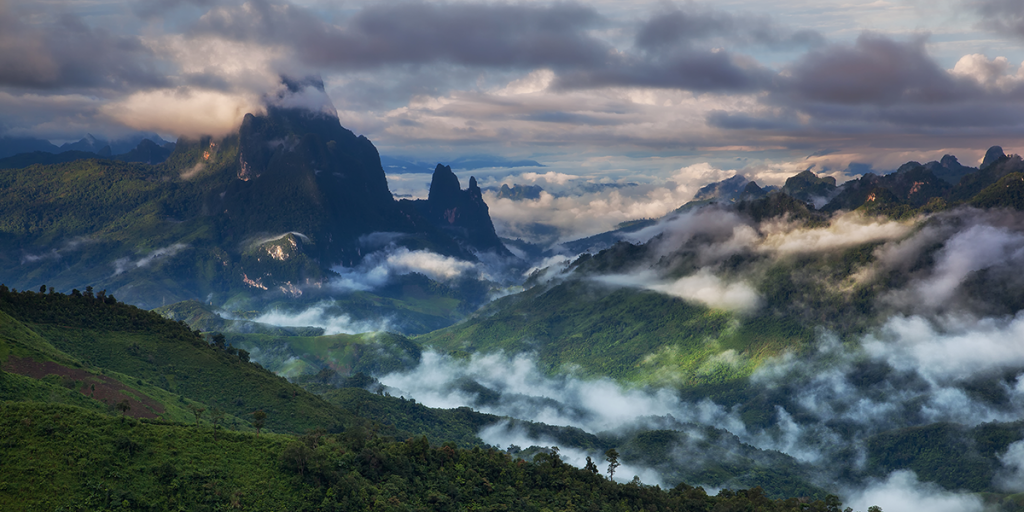 The spectacular view in August after the rain.

3. Sharp light means great views
One of the (many) things we love about cycling is being out there with nature and feeling connected with the wide world. The views from your saddle will always be vastly superior to those experienced through the window of a tour bus or even minivan. Although the winter months in Southeast Asia are dry and sunny, this does lead to haze and a lack of visibility - even as early as December when the monsoon is only a couple of months past. The green season offers sparkling, sharp views, emerald green rice fields, and saturated colors. Compare the image above of Laos shot in January, and the one below taken in August, if you don't believe us... 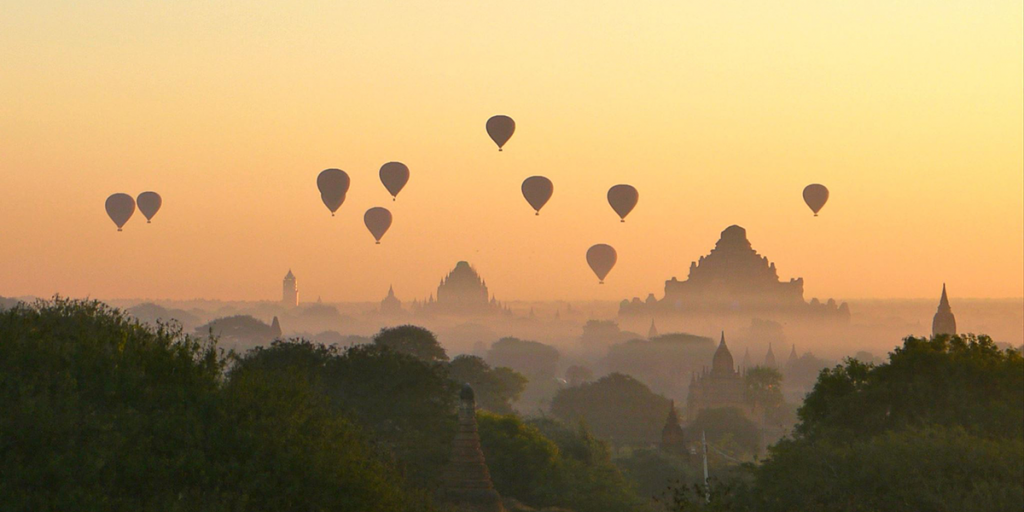 Sunrise over the temples of Bagan Myanmar

4. Clouds give better photographs
Although a clear sunrise is not guaranteed during the wet season months, landscape photographers will tell you that, when the clouds do part, the resulting photos are way better than those taken against a clear sky. Think pink sunrise clouds over the temples of Bagan... 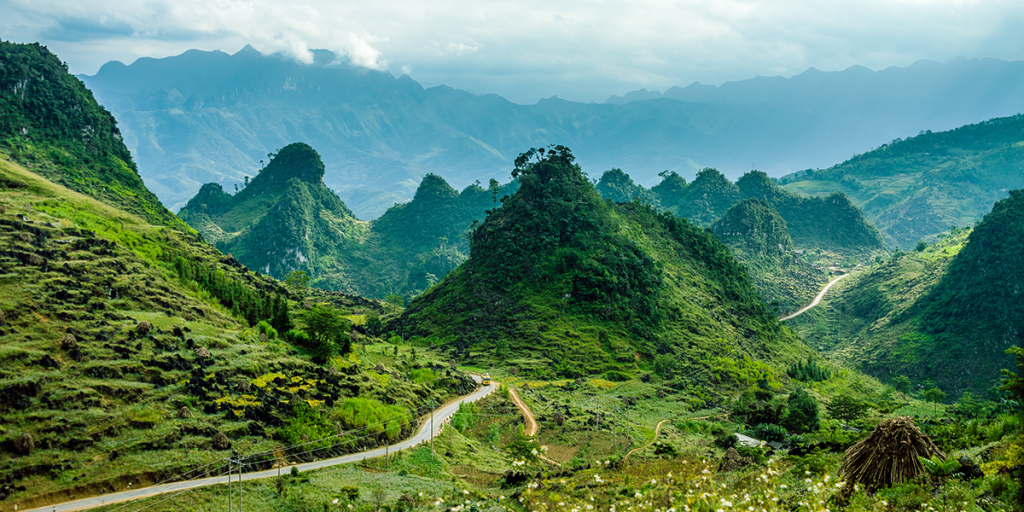 5. Good Deals
Off-season, low season, wet season.. whatever you choose to call it, this is the time to pick up the better deals, in terms of both airfares and hotel rates. That plane flight in December or January is likely to cost you a lot more than it will in September or October.

So don't be put off by a little water - visit Southeast Asia during Green Season for a crowd-free and sparkling holiday! For extra special immersive & explorative travel experiences in Southeast Asia make sure to contact Grasshopper Adventures - The Leader in Asia Bike Tours.

The Bangkok to Saigon Explorer